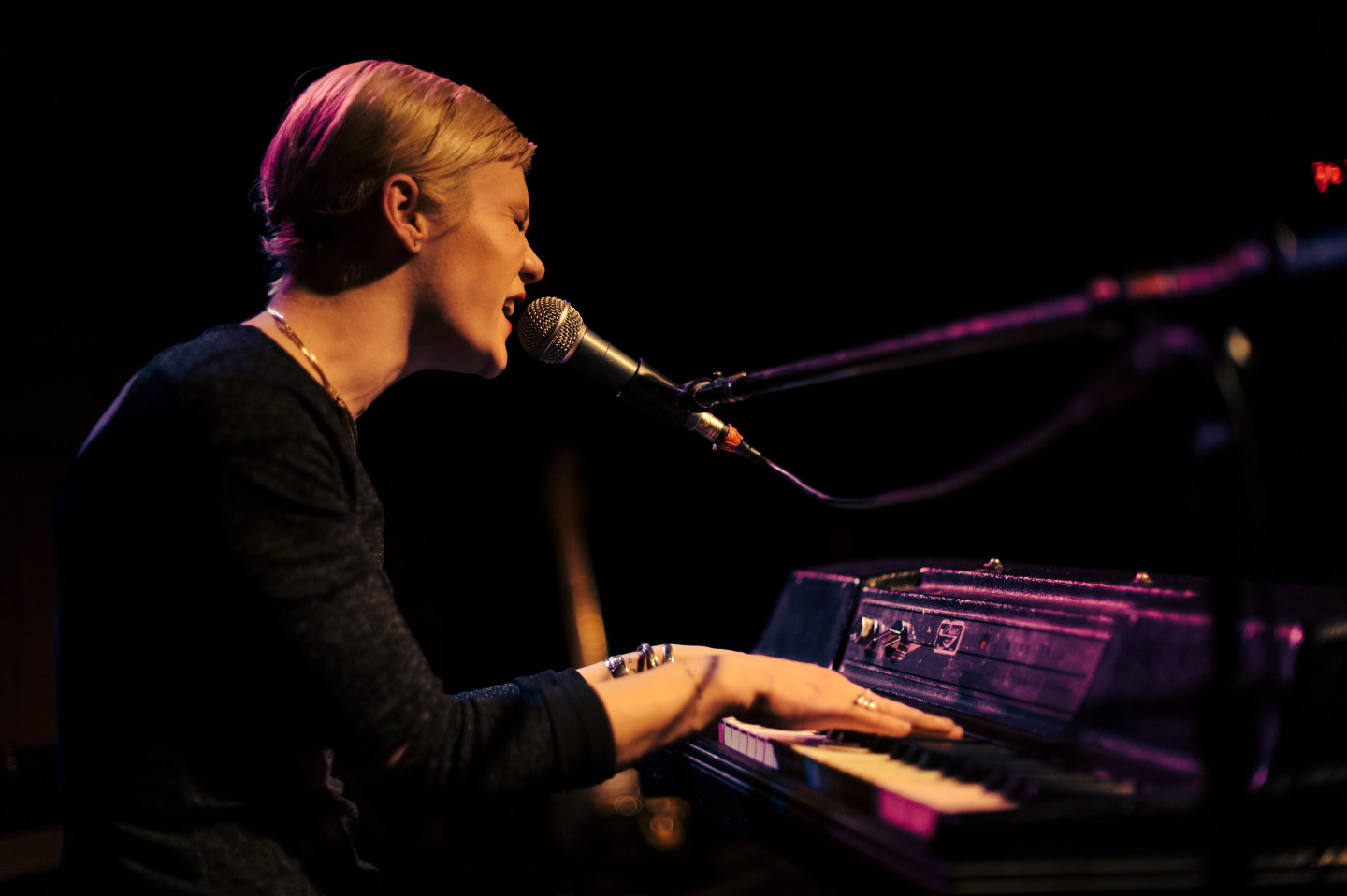 On Fat Tuesday, the vibe at Schuba’s could not be more opposite of the goings down in New Orleans on that night. But what stood before us on stage had just as much soul and energy as any musician from the Big Easy, accompanied with obvious struggles.

Trixie Whitley opened her acoustic set with a slow bellowing solo, a bluesy ballad about growing stronger. Whitley’s vocals cut through the crowd and demanded attention. As she reached those high notes, her voice grew softer and lulled the crowd into a hypnotic trance.

Her frustration with the vocal input and her own instrument’s wiring revealed the dark clouds circling her. After apologizing for not being with a full band, one fan shouts, “You don’t need it.” And she doesn’t. That’s how strong her voice is. Yet, she kept mentioning these malfunctions. Just play through it girl, they won’t even notice.

The audience loved her. Respected her, yelling affirmations and cheering her as good audiences should. When she had to start her third song over, the audience was patient, waiting for that throaty release. Even when warming up her vocals, you could see the raw talent emanating from small wonder.

But if it’s these clouds that induces her low, melodic rhythm, then rain, keep coming. However, it’d be interesting to see what develops once she lets a little light through.