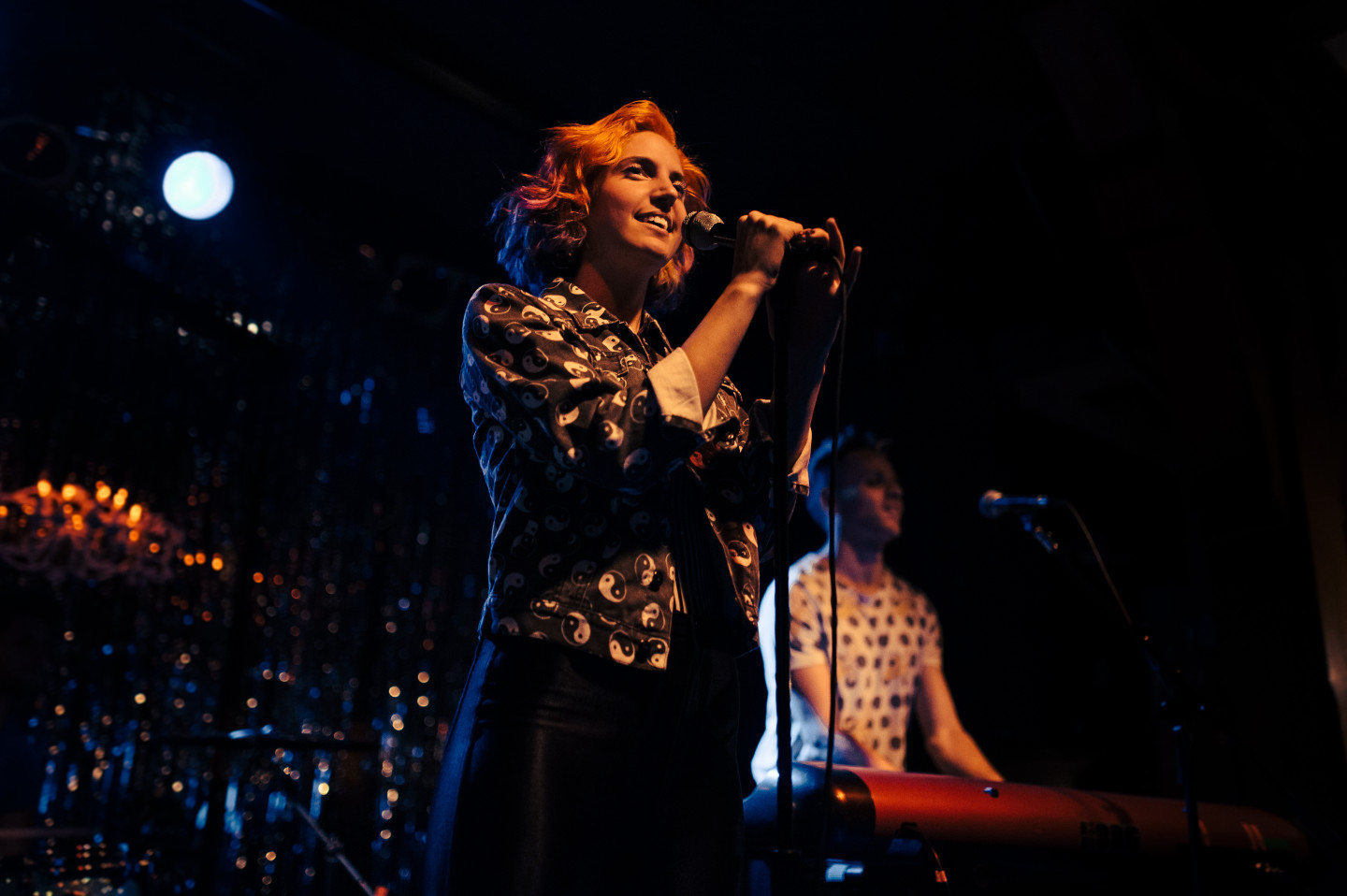 Have you ever seen something that was two things at once? It’s hard to come by. Catdog was a fine cartoon, but that shit just doesn’t play in the real world. We divide the world into discrete units so that we can make better sense of it. “Oh well,” I thought at Schuba’s Sunday night. “So much for simplicity.”

It’s not just their title that’s bifurcated — MS MR occupy two wholly different positions in pop history at once. On one hand, they’re an airy, power indie pop band of the highest degree, relishing balladic turns of phrase fueled by crescendoing piano scales and synth-heavy wistfulness. On the other hand, Lizzy Plapinger commands the stage like the reincarnation of Gwen Stefani and without the anachronistic rude girl vibe (yes, I realize she’s not dead). Through songs like “Salty Sweet” and “Bones,” she slammed her boots to the floor and exuded a rare form of feminine rock confidence, one which avoids catering to the pubescent-boy sense of sexuality and instead calls upon her former peers of legend: Madonna, Stefani, Joplin, etc.

Do not be fooled. Many compare Lizzy Plapinger’s voice to Lana Del Ray — and sonically, they wouldn’t be wrong, were they only to hear the recorded material on Secondhand Rapture — but her presence is a totally different story. It changes her. Lizzy’s voice even sounds more dynamic live. Perhaps she saved a little something extra for the show.

Perhaps. But more likely it emanates from the band’s aforementioned simultaneous duality. The Del Ray comparisons end when one consider’s her personality. While MS MR has begun to embrace a “mysterious indie” identity as far as their PR is concerned, their live show subsists entirely on affability. They are just so fucking nice. Thankful for everyone who attended, happy to be finding some success, joyful to be playing music in the first place.

So it was fitting when the penultimate song they played was a cover of LCD Soundsystem’s legendary “Dance Yrself Clean.” If there is a greater anthem to unbridled, youthful exuberance in our day and age, I haven’t heard it (and that’s even in spite of the dark lyrics). Let it all go, recognize it’s emotional, and start moving. MS MR really offered something to that song. A fresh perspective from a band built on the fractured identity so persistent in James Murphy’s psyche.

I want to make absolutely clear that I think this is a good thing. MS MR can be two things at once and it’s actually pretty amazing. They’re not infallible: their show had a few moments that dragged, but they were quickly smoothed over. If this is the shape of pop to come, we may be on the verge of something bigger and juicier than we were expecting. And MS MR just might lead the charge.