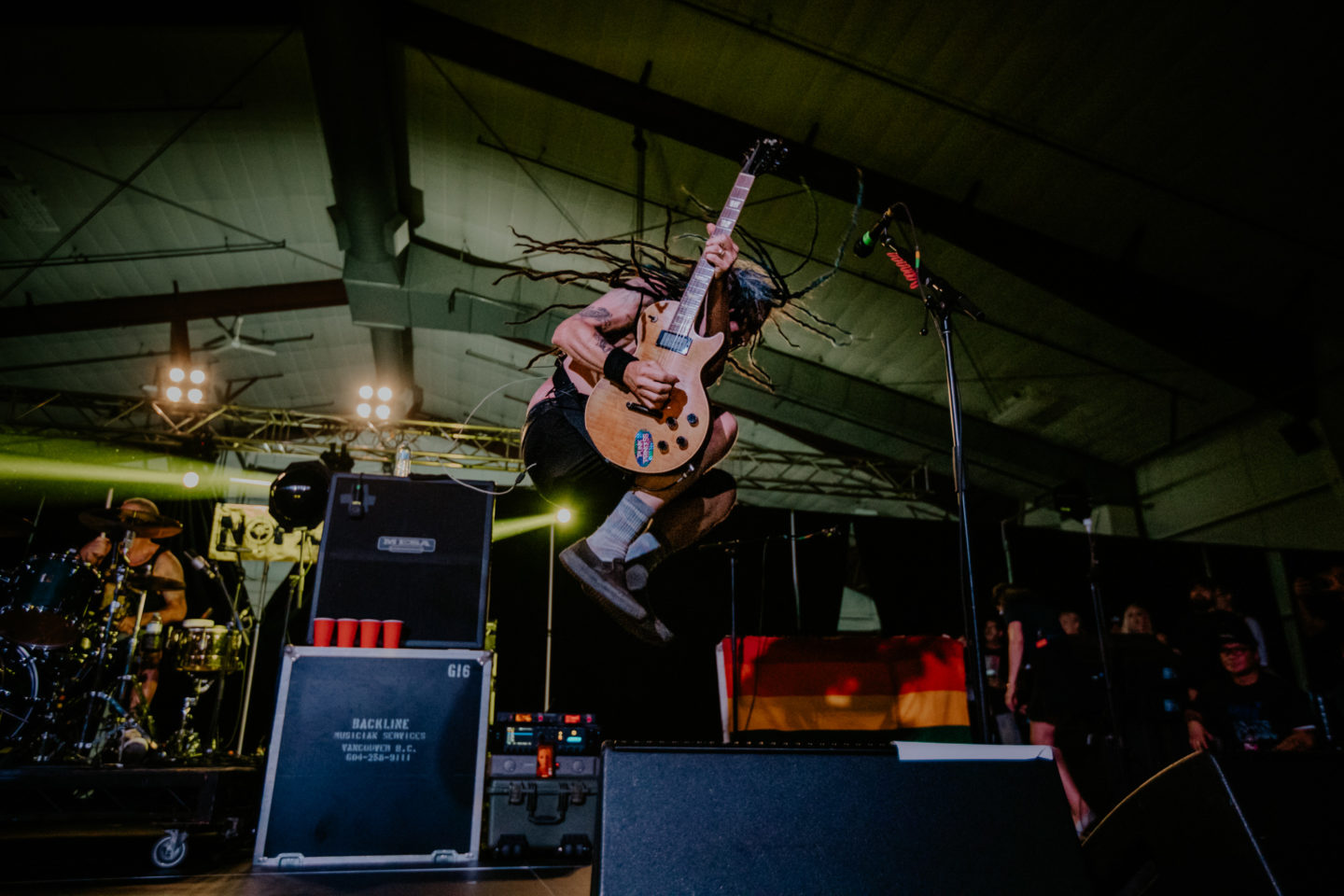 NOFX at Punk in Drublic – Abbotsford

It’s not often that you start a legendary punk show with the time warp, but then again, NOFX has never been a band that sticks with what everyone else is doing. If you can get a crowd of punks to do a “jump to the left, and then a step to the right,” before you start your circle pit, then you can do anything, and as such NOFX had the crowd eating out of their hands before the opening chords to Dinosaurs Will Die even began.

“We’re gonna try our best, and sometimes that’s enough,” Fat Mike assured the crowd as they transitioned to their second song. This self-deprecation is the tradition of NOFX. Some bands come on stage and essentially are a live playlist, but not NOFX. They infused banter between each song, and, where most bands who meander through awkward stage talk, NOFX have perfected it. They are irreverent, crass, chaotic, and hilarious at all moments.

If Cards Against Humanity became sentient, it would simply be NOFX.

We wouldn’t even be talking about them if they didn’t back up this stage presence with music that gets you going, and NOFX gets you going. Whether you are an old fan, a new fan, or a fan who dabbles, you cannot withhold yourself from rocking out. When classics from their back catalog are played like Sticking in Your Eye and Linoleum, the frenzy is felt in your bones, but they couldn’t have lasted 40 years if they didn’t keep their discography stacked. Songs like I Love You More than I Hate Me, The Idiots are Taking Over, and Seeing Double, though they take place all throughout their career, still hit hard, and never slow down the show. The pit keeps on churning, and the energy never stops.

“We are not trying 60%, we are trying… 74%!” Fat Mike for all his modesty, keeps it fresh with his frenetic bass lines. The Idiots have Taken Over, though difficult, was still just as pertinent and hard-hitting as when it first appeared in 2003. Even if he can’t quite remember the words, his vocals, and his backup from Eric Melvin and Aaron “El Hefe” Abeyta rock throughout the venue. Hefe’s leading riffs are as epic and as crisp as you expect, and Melvin’s blistering down picks and rhythm keep everything tight. Erik “Smelly” Sandin just powers through with blistering speed. NOFX have never professed to be virtuosic, but their energy and sheer audacity in any given moment is incredible. There is a reason why they are the gold standard of skate punk, and why so many copycats have followed in their wake. Not to mention that they can still put this much passion into a show 40 years along the road in the warehouse feel of the Abbotsford Tradex, which is something many bands should learn from. You may have heard they suck live, but 74% from NOFX is still 1000% more than any average Joe band will ever give you. I’d love to say come back, but we have already heard that this is most probably the final curtain call of NOFX in Canada. (Un)Rest in Punk!