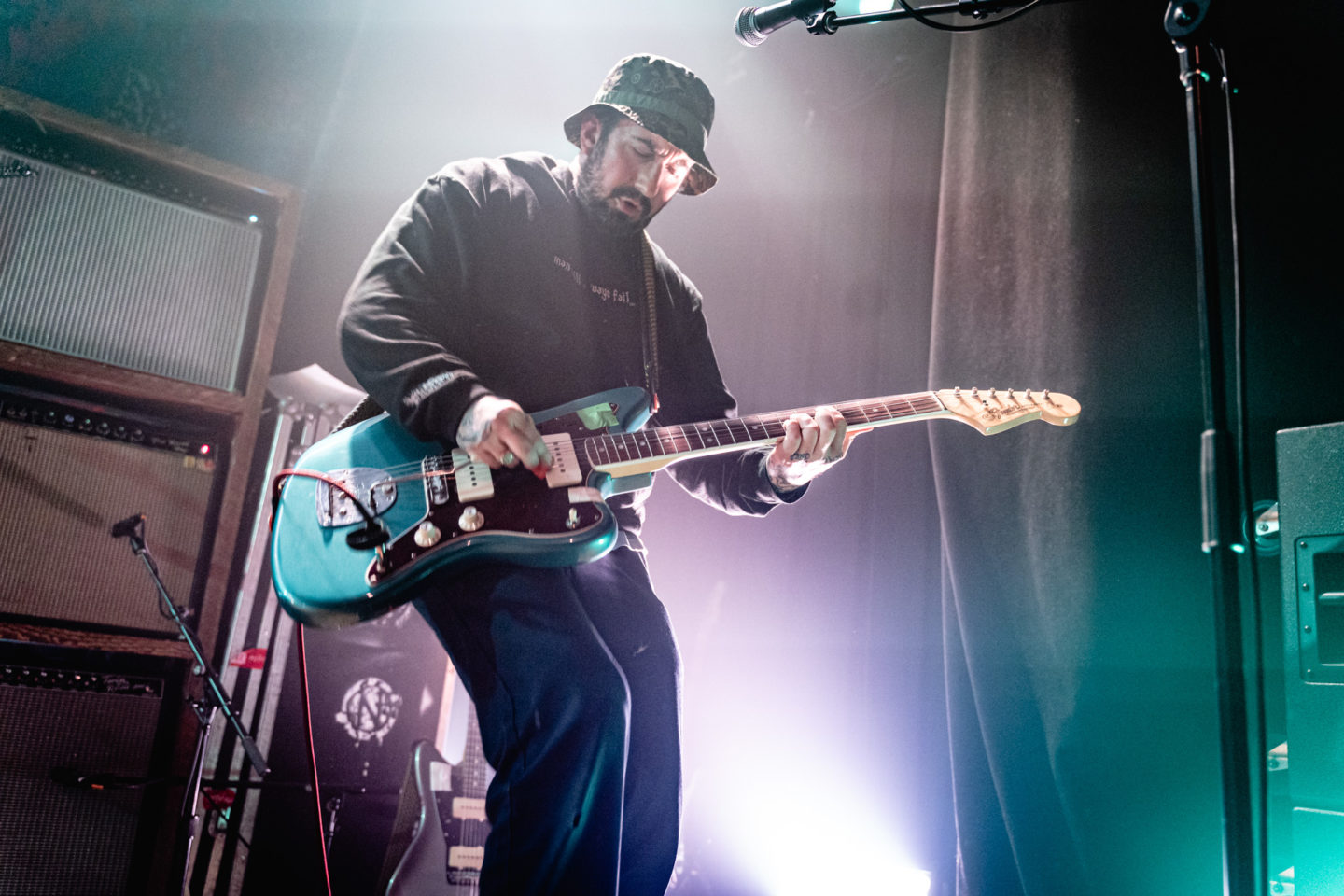 Nothing at Lincoln Hall

Nothing is one of a handful of shoegaze bands that saved me from a general lack of interest in contemporary rock offerings a few years back. Specifically, their album Tired of Tomorrow struck a chord with me and they’ve continued to deliver, release after release. The Philadelphia four-piece recently dropped a b-sides collection that builds on their 2020 record, The Great Dismal. Despite my ongoing trepidation being indoors with crowds, checking out Nothing at beautiful Lincoln Hall was a no-brainer and a welcomed respite from this fever dream.

The performance came out hot with a few up-tempo rockers combined with friends and folks diving off the stage into the pit. The high energy certainly allowed the Friday crowd to burn off some steam right out of the gate and they took full advantage. It got a little sloppy though with folks running on and off the stage, I think someone spilled a juice or mixed drink on stage – I dunno, there was some tension, words were shared, but we all seemed to make our way through. They transitioned into an extended chill segment. The lush tones, cool colors, and reverberated vocals shined throughout the room. It was a beautiful moment to let the music rush right through you though a few vocal miscues throughout The Dead Are Dumb brought me back to earth before I was ready.

The show began to crescendo, back to the energetic wall of sound from which they started. Playing mostly newer stuff, they kept us all along for the ride with a small break where front man, Dominick Palmero, told us he needed to kill some time because they didn’t have any more songs. I wasn’t sure if he was just joking around or if that was some sort of real reference to the line-up changes the group has gone through. Would I have liked to hear a few more of the older tracks? Sure. Do I sound like every asshole at a show asking for the old shit? Probably. It didn’t seem to bother the crowd who was making Friday night count no matter the song.

The show ended with a single encore. I had heard they were playing three-song encores and after the aforementioned break, I admittedly felt left wanting. I certainly haven’t been going to as many shows as I was before covid and recognize that my expectations were quite high. After all, this is a band in my regular rotation! Still, Nothing is one of those bands that gives you the opportunity to feel all of your feelings and while there were some very memorable moments, there was something just a little off at times as well.

Someone Still Loves You Boris Yeltsen at Lincoln Hall