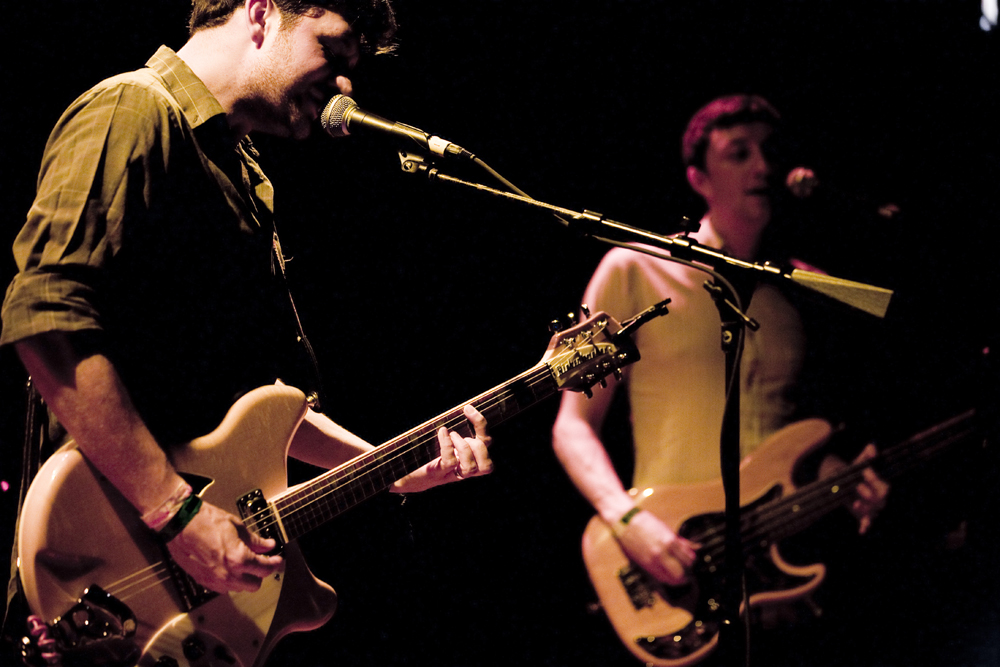 Someone Still Loves You Boris Yeltsen at Lincoln Hall

Touring on the release of their third album, Someone Still Loves You Boris Yeltsin is a band who has their tour game locked down, considering, they have been together, and on the road since 2002. After only a few tweaks of some knobs, and stomps on foot pedals, the stage was set for an intimate, light-hearted, high-energy show, at a venue where every spot was a clear and direct view to these youngsters.

SSLYBY did have some competition that night (Bulls, Blackhawks, etc), still as the people started trickling in, the band got started and college-aged folks started bouncing about. After observing the crowd for a bit, it was clear that these people were genuine fans, singing along, and dancing. I even eavesdropped on a couple exchanging stories of when they first heard of the band. When my focus came back to the stage, I found myself engulfed in the infectious melody of their performance as they slowly took us through the tracks off of their latest album Let it Sway. As the show progressed, I was better able to identify their sound. There is this almost sweet, mid-90s sensibility to them, that took me back to very reason I started listening to the independently released bands. This is especially true with their song “Back in the Saddle”.

These four gracious, polite and fun boys put on a hell of a show. Never missing a beat, always sharing a dedication or back story before a song, and catering to their audience with a crowd-pleasing encore to send them off on their merry way, and back on the road.