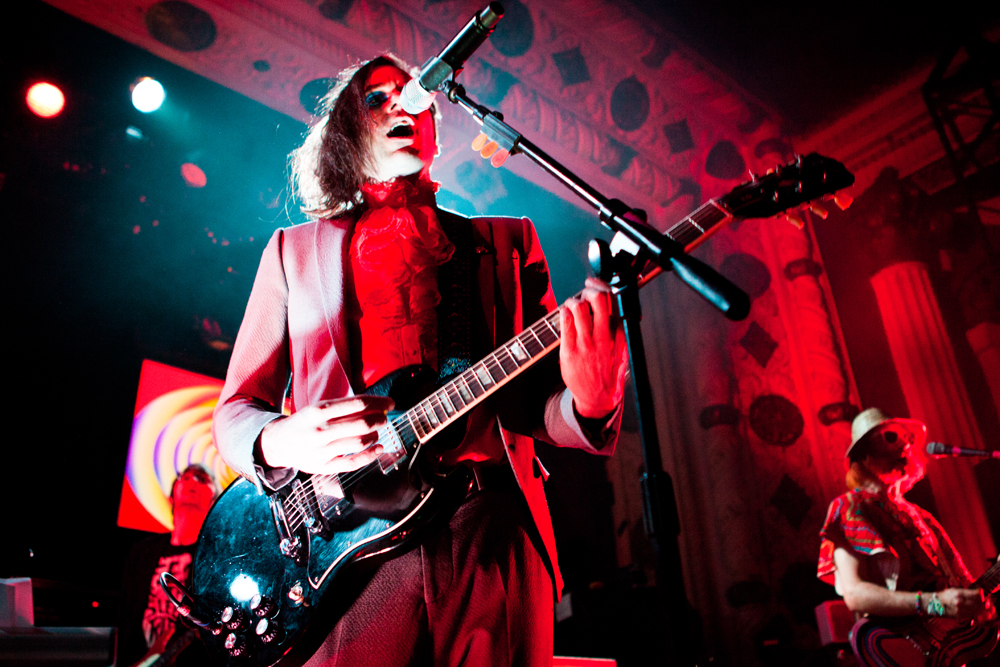 Of Montreal at Metro

There are a lot of people that worship at the altar of Kevin Barnes. I am not one of those people. Of Montreal isn’t a life-changing, cult experience for me; it’s just another show. Having said that, you need to make it your mission to see of Montreal as soon as humanely possible.

Just to clarify my earlier statement, I actually like Of Montreal. Their music doesn’t get me all hot and bothered, but it’s good music to listen to when you want to just zone out and get some shit done. That, or, you’re really fucked up. I might not be an Of Montreal altar boy when it comes to the recorded music, but the live show is a whole different gospel.

There are a few things you need to know about an Of Montreal show. Barnes will probably be wearing some amount of woman’s clothing and  fair bit of makeup. There will be plenty of balloons. Brian Poole will probably look like a comic book character. There will be at least eight people on stage. Voluminous guitar solos will blend as effortlessly with grandiose keys as the blues and reds of the stage lights dance into purples atop costumes and faces. On stage antics will be completely ridiculous and quite plentiful whether they’re playing a festival like North Coast or a more intimate, sold out show at Metro. You will, at some point in time, get lost in Barnes’ vocal stylings and lose all track of the song they’re currently playing. In their case, the whole is most definitely greater than the some of their outrageous parts.

You can call it beardstep, or new age Beach Boys or psych rock. You can categorize it as whatever you want actually because the moniker doesn’t matter with a live show like this. Of Montreal isn’t just a show, it’s a spectacle. When I think Of Montreal, I think of fun.