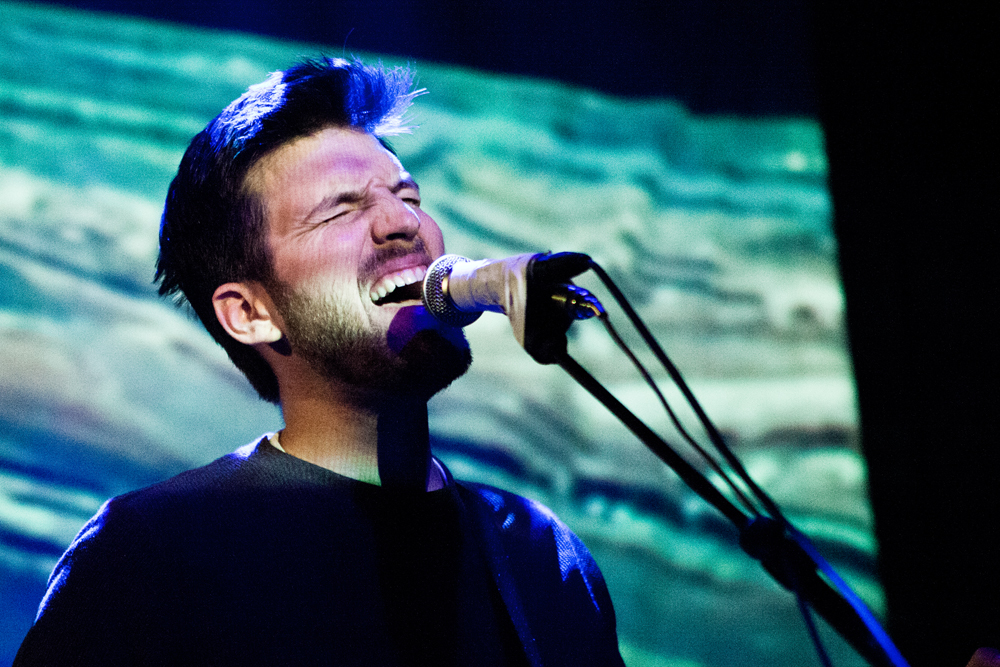 On An On at Lincoln Hall

There once was a band named Scattered Trees. They played Lincoln Hall. They played The Vic. They played their way into the ears, and hearts, of everyone in Chicago. They broke up (kind of), but life goes on… an on. Horrible puns aside, On An On was born out of Scattered Trees and includes the familiar faces of Nate, Alissa and Ryne.

Bathed in the light of ambient video projections, the three of them (and a drummer) gave everyone a glimpse into the next chapter of their methodical, melodic book. The pitch was perfect. The audience connection could be felt. The harmonies were harmonious, and the melodies were melodious. The music itself is on the softer side, but it’s not without an energy and a bite. Everything they played would have fit perfectly on the soundtrack to Drive. Quite honestly, if you can listen to the music of On An On without tapping your feet then there’s something wrong with you.

The name and the lineup might be different, but everything that Chicagoans grew to love is still here. At the end of the day, it’s like a different language translation of the same book–subtle changes make all the difference in the world. On one hand, we’re all a little sad that Scattered Trees is gone. On the other, On An On was born out of the ashes, and picking which one you love more is like trying to decide what the best Radiohead album is, or telling one of your kids you don’t love them as much. The next chapter in the lives of these three ridiculously talented–and might I say, good looking–musicians is one that’s as open and colorful as the music that resonates from the stage.