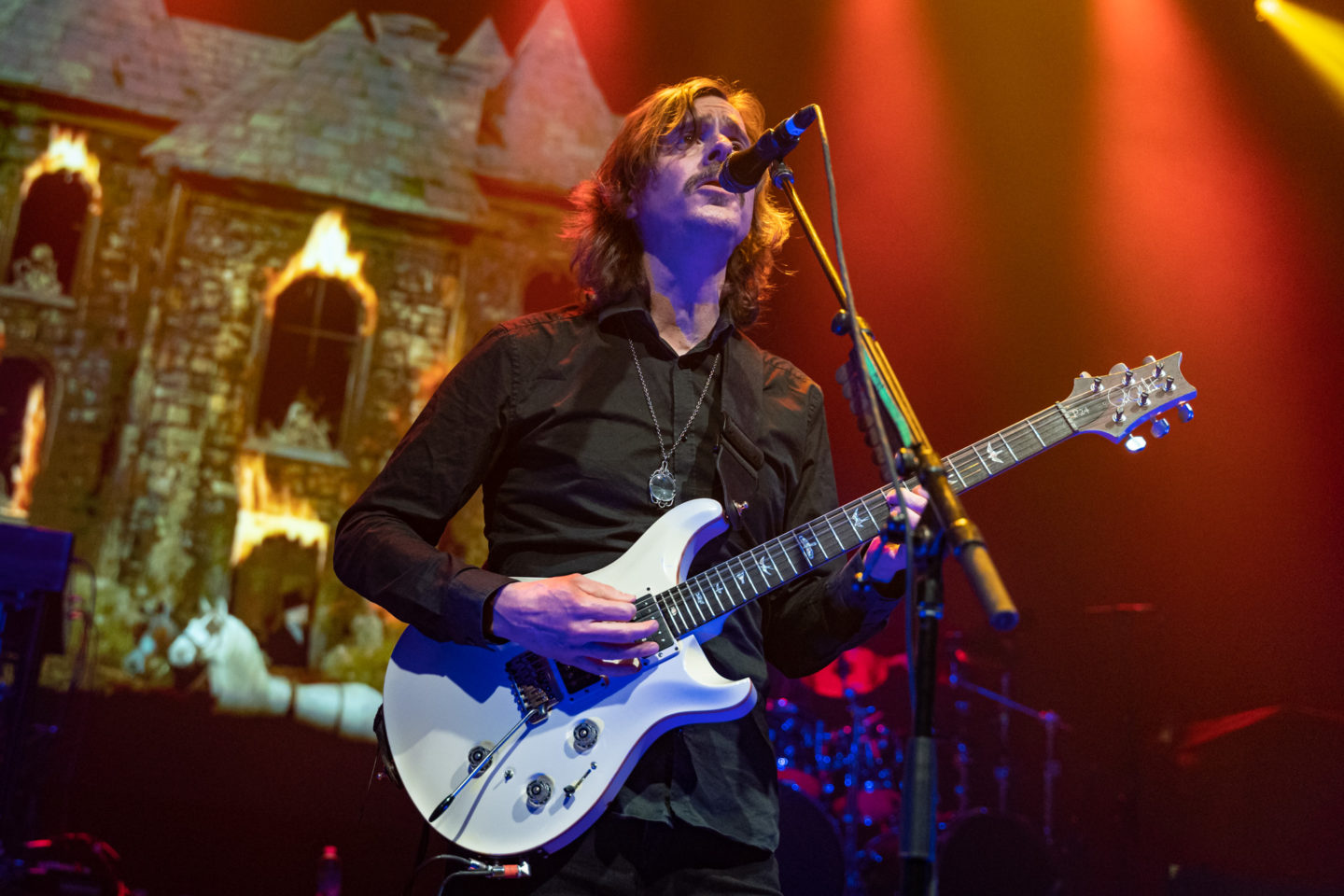 Opeth at The Riviera Theatre

The lights dim. The gels on the lights slowly create their desired effect. The stage is bathed in soft colorful light. Backdrop visuals display a building from another time engulfed in dancing flames. I suddenly realize I sort of forgot where I was and had become entranced in the aesthetic and sonics of the opening scene. Dude…you’re here to take photos, not stand there like a post staring at the show. I dial in some settings on my camera and get to work capturing Opeth as they ease into their set.

Admittedly, I’m not overly knowledgeable with the catalog and story of Opeth. They seem to be one of those those bands that exists as an outlier, with a long history to boot. They evolve, experiment, create, and as such, inspire and influence a whole bunch of musical simpletons along the way. I photographed the setlist, so that I could at least double check on setlist.fm what I thought I was hearing. Yes, they did play 8 songs, all from different albums…how cool is that. The crowd surely enjoyed the ride as the show flowed like a roller coaster through eras, styles, and tempos.

I’m sure people all have their concert moments, when they freeze in their tracks, to either freak out to or pay super close attention to a certain song they either know or that seriously catches their ear. At some point during the set closer, Deliverance, I caught myself in the same entranced, staring state that I started the show off with. This track is amazing, and comes off so powerfully live, as it blends all sorts of motifs from up and down the metal / rock scale…a true clinic. As the last few bars pump along, the whole room is vibrating, chugging along. The music stops. I say no, no, no…don’t stop that.

Mastodon at The Riviera Theatre

A few fillings were surely shaken loose during this earthshaker