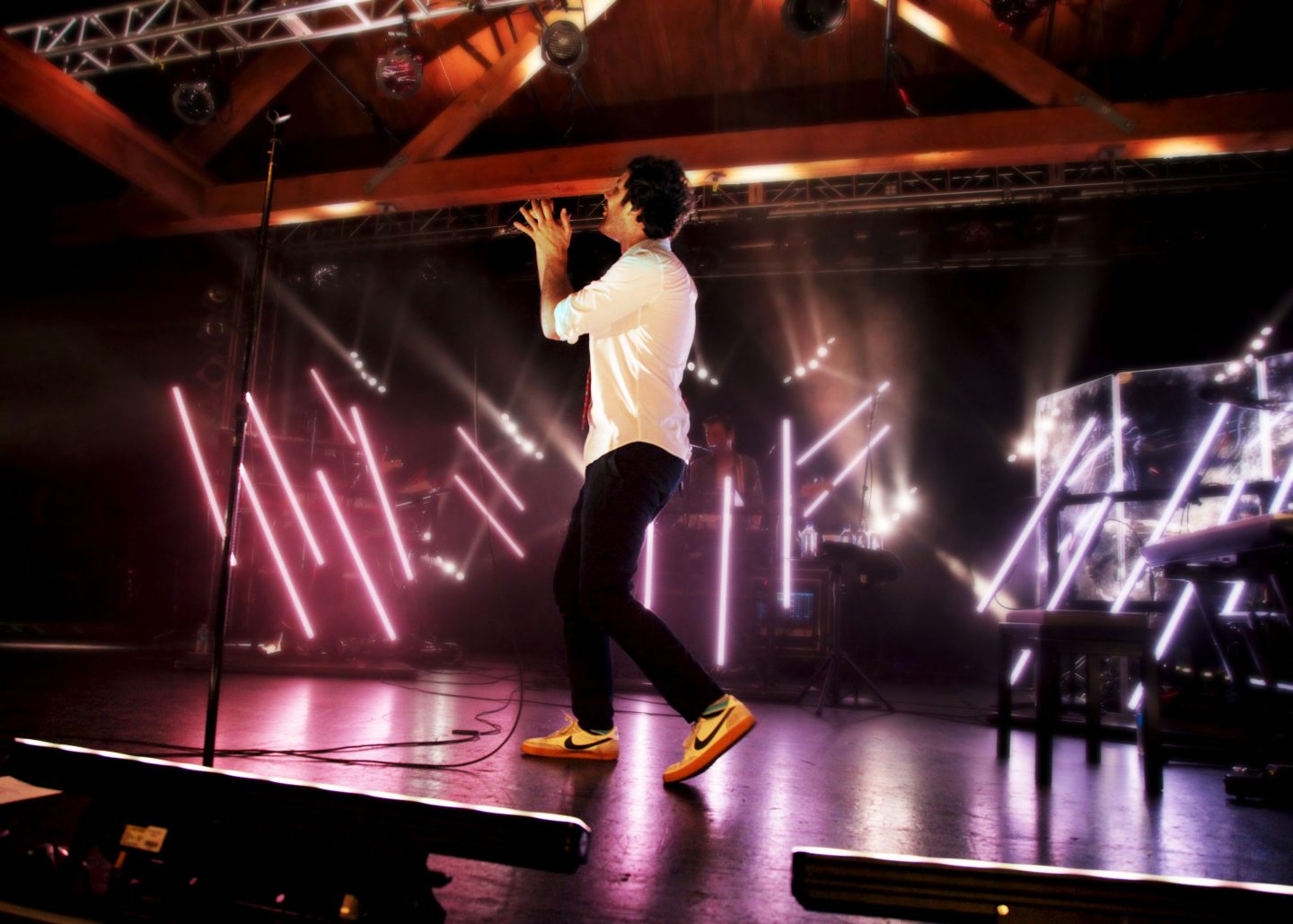 Michael Angelakos walks out on stage and the energy changes immediately. Slim bars of white light flash in front on the band members giving the illusion the Michael is rocking out on stage all alone. The sound is crystal clear and his unique voice rings out over the effervescent crowd. I’m dancing and it feels like no one is watching. All eyes are glued on Michael.

The band starts up ‘Little Secrets’ and we’re all climbing higher. He raises the microphone out above the crowd and beckons us to join in. We are singing almost as much as he is and it’s everything Passion Pit fans have been hoping for. In Angelakos’ words, “It’s always better when we do it together.”

The venue quiets down for ‘Swimming in the Flood.’ Eyes are closing as the mellow tones from Chris Hartz, Aaron Harrison Folb, Giuliano Pizzulo, and Ray Suen get us all up in our feelings. The chill vibes don’t last long as Michael is up again one song later swinging the mic in the air like a lasso. He takes a moment to talk to us and we’re all ears. Their 10th anniversary show.

“This is the most fun I’ve ever had on tour.” He confesses. “Every time I come out here I feel like a different fucking person I fucking swear… You’re breathing new life into me.”

A ‘fuck yeah dude’ rings out from the crowd. It’s an atmosphere of mutual love, and no one wants it to end.

A few tracks later and the band is standing up and starting to shuffle of stage. Michael promises they’ll be right back, but not seconds after they leave cheers begin calling them out again anyways.

The encore begins and the fans go wild. The highest energy of the night hits for the last few tracks, but who wouldn’t go crazy for the familiar cadence of classic Passion Pit greats like ‘Carried Away’, ‘Constant Conversations’, and ‘Take a Walk’?

Finally the last chord sounds, the press towards the door begins, and I’m left with the image of Michael in his white button up with the sleeves rolled up, mic fist in the air like he’s the champion of misfits in the end of a John Hughes movie.

We won’t forget about you Passion Pit.

Rich soundscapes and transformative melodies take you through space

The Dead South at Showbox SoDo

They had strangers hugging, people clapping and singing along