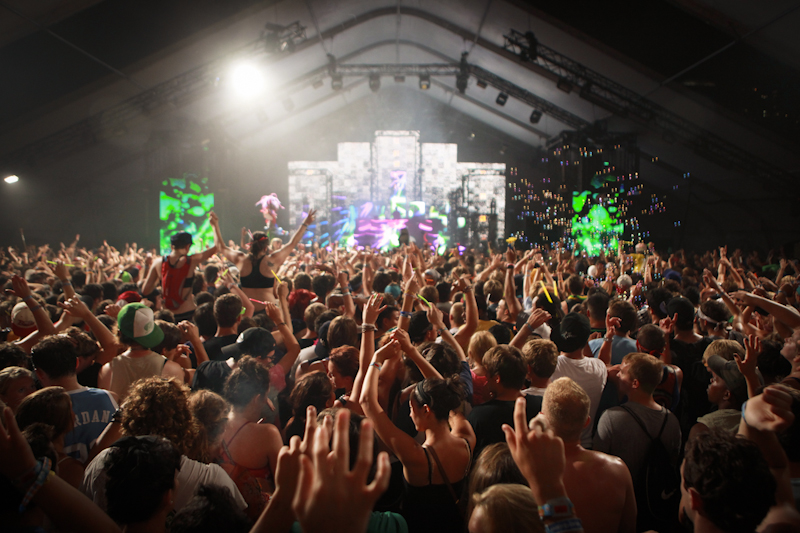 For an hour and a half on Saturday night, hundreds of Lollapalooza concert-goers crowded into Perry’s tent for a sensory overload of erratic lights and near-deafening beats. A true presence for the audience, Pretty Lights interacts with the crowd throughout the show; there was a constant transferring of energy all around.

From the beginning, Pretty Lights’ performance was non-stop face-melting and almost more dancing than you could handle from start to finish. Opening the show with “I Know The Truth” and “Hot Like Sauce”, the vibe was instant electricity. After a roller-coaster ride of interlaced musical genres, from trip hop to soul samples, the electronic artist picked things back up (if it ever died down) with “Finally Moving”, making the crowd completely lose their minds. The show ended with the Fire Marshall cutting off the sound due to time constraints, though it’s not the worst thing in the world to get cut off because the crowd is too into your show.

Aptly named, Pretty Lights delivered an incredible light show alongside his set-list. Performing amidst an LED backdrop of the Chicago skyline, the lightshow was a perfect complement to every beat of music. Even the crowd was in sync for the duration of the show; everyone was moving the entire time. Pretty Lights certainly provides non-stop feel-good tunes; every song making you hope it’s not the last.