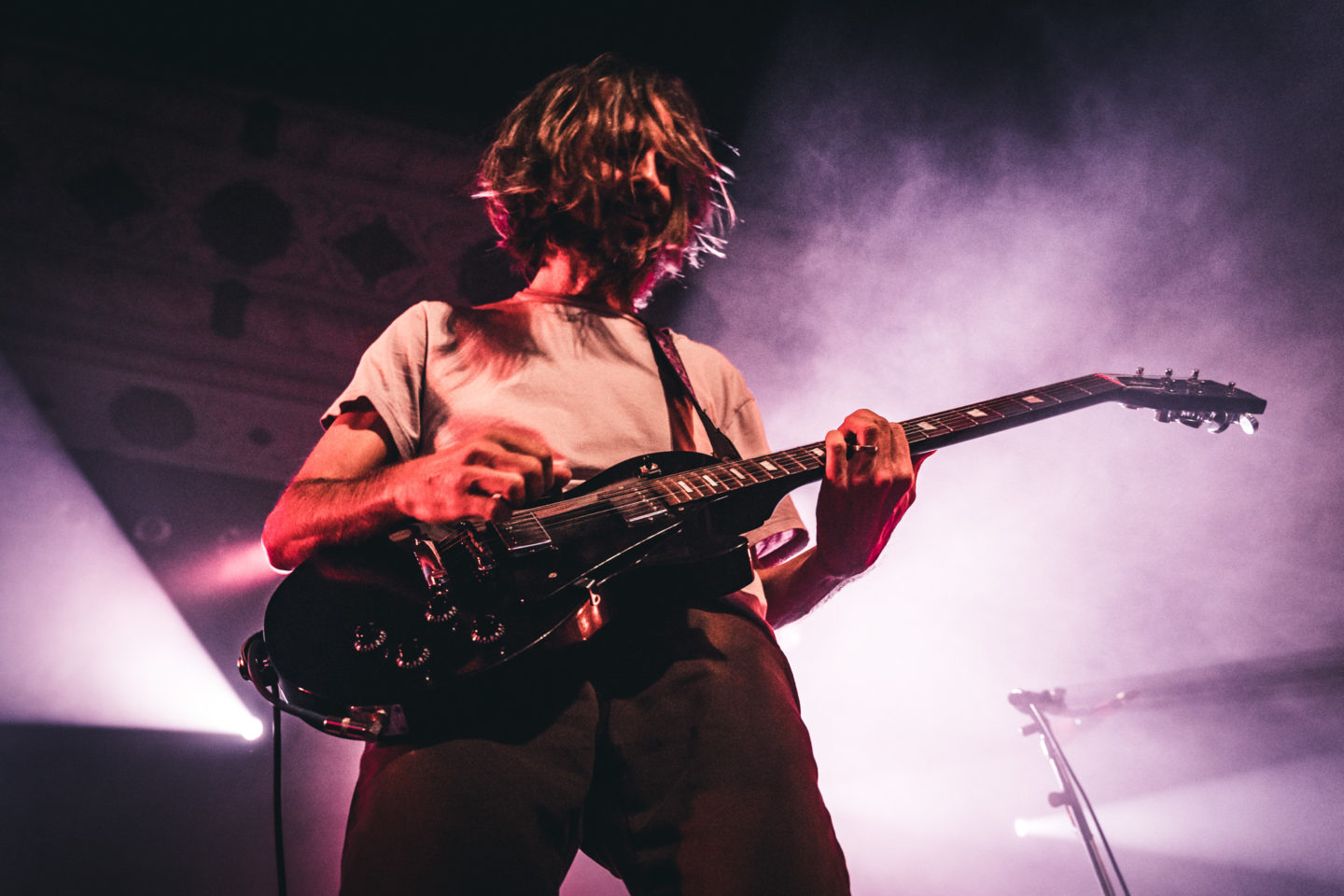 Everything seemed to come together just perfectly for this sold out show at Chicago’s storied Metro. The floor was filled with folks who had the air of having been around to witness the evolution of the heavy shoegaze movement that Quicksand was right there in the midst of back in the mid-90s.

Twenty five and some odd years later, Quicksand returns with new music, new energy and smiles on their faces. Guitarist / lead vocalist Walter Schreifels, bassist Sergio Vega, and guitarist Stephen Brodsky came onstage with ear to ear grins looking absolutely pumped to be there. Their interplay during the show was infectious as they engaged with each other and the crowd. Even drummer Alan Cage got into the act, smirking at his bandmates, as he went against the grain, accenting upbeats during a drum break. At one point, the lyric “Would it hurt to look out for each other?” from their track “Under the Screw” seemed to jump out of the speakers and grab the attention of everyone in the room…very relevant, perfectly fitting.

Quicksand powered through twenty some songs, and if my notes and research are correct, every single song from their latest record, Distant Populations. No encores. No bullshit. Just poignant, relevant music for the times.

Often times, I’ll hear a new record by a band and that is what makes me decide to try and catch that band on tour. In this case, admittedly, I hadn’t spent a lot of time with Quicksand’s new record yet. But, in a testimonial to the power of seeing this performance, it has me digging into their new record, revisiting the old records, reading lyrics, typing things late at night…wishing for a do-over. It was that good.

This trio continues to melt paint from walls of helpless venues.