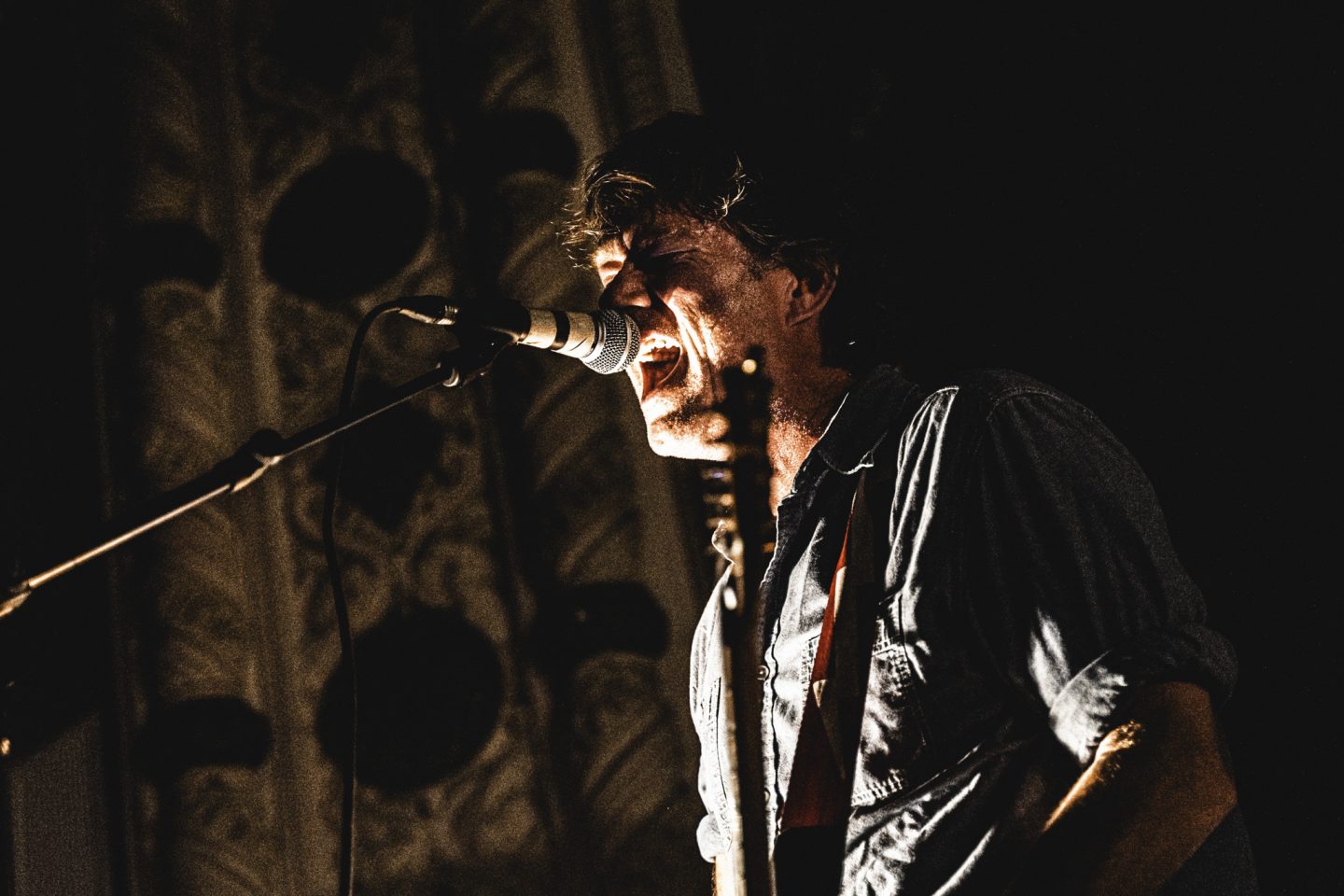 The beast known as The Life and Times was awoken for a special occasion, namely to provide support for this added second show and final date on the Jawbox tour. The trio continues to melt paint from walls of helpless venues as it buzzed through an 8 song set at the Metro, consisting mostly of tracks from their more recent records. I Am The Wedding Cake led into Day Twelve which provided a very nice juxtaposition of a newer upbeat jam vs one of their older grinders to close their set.

The crowd was thin at the start, maybe due to the early 7:30pm start for an all ages show. But by the end, the floor had mostly filled in and later arrivals were greeted with a proper eardrum pummeling to shock them into attention. For just 3 human beings, The Life and Times are unbelievably loud with a wall of low and mid-range sound coming from Allen Epley and Eric Abert’s stringed thing rigs. All of this flows on a mountainous structure of drumming. Chris Metcalf hits like a ton of bricks and is so animated and fun to watch as he often rises up off his drum throne to gain extra arm swinging leverage. During I Am The Wedding Cake, Abert busted off a D string (I think) about 4 bars in, and had to work around it for the duration of the song. So, yes, there was some ferocity.

It was a great set and an unexpected treat to see these guys in Chicago outside of their own touring schedule.