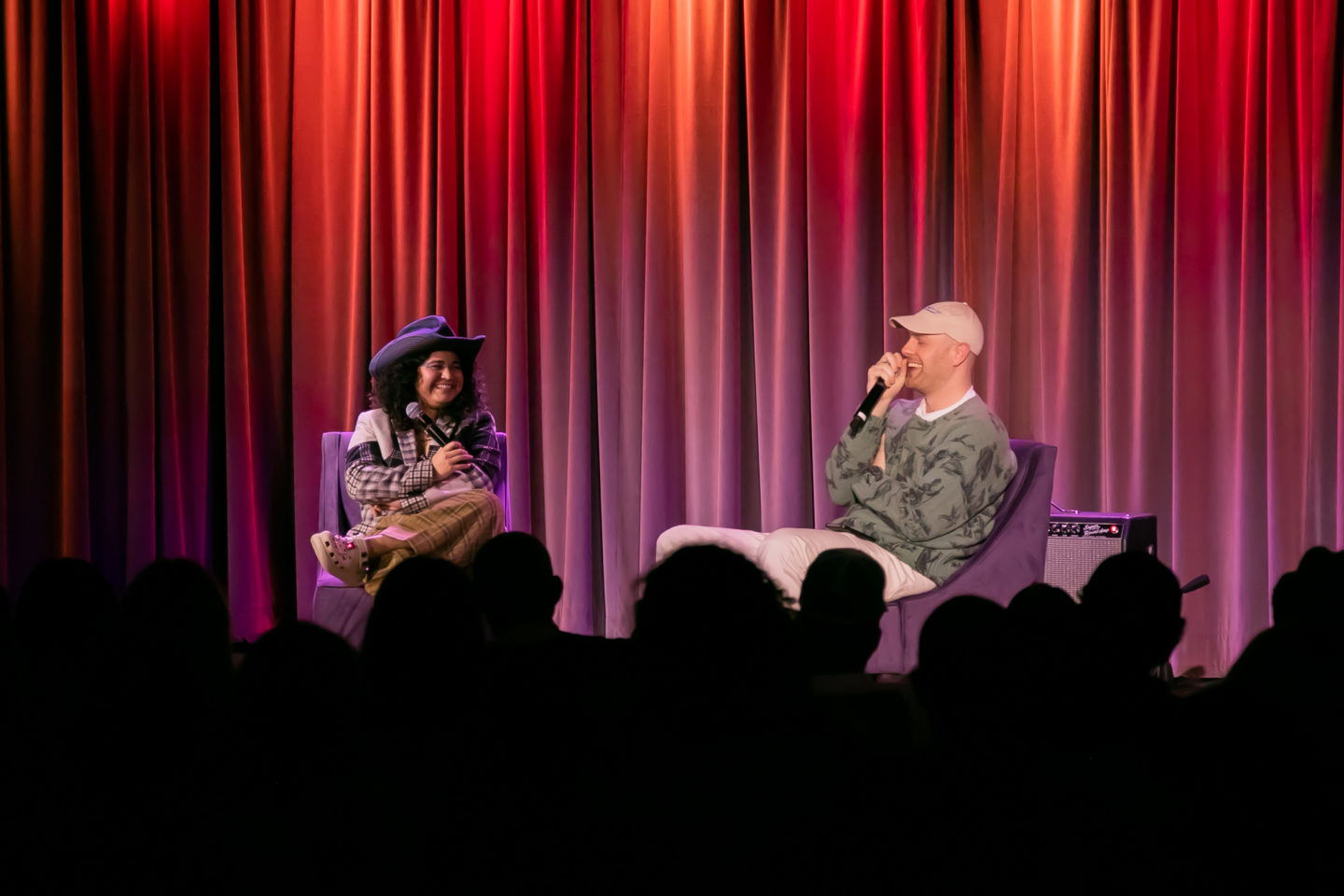 Remi Wolf at The GRAMMY Museum

Remi Wolf put on an impressive acoustic performance at the Grammy Museum as well as taking part in a compelling interview. Wolf was interviewed by renowned producer, Kenny Beats, who happens to be one of her close friends. At the start of the interview, Wolf described her upbringing and how she found success in the music industry. Personal stories about her first live performances and making music in college showed Wolf’s dedication and drive to make genuine music way before she became the accomplished musician she is today.

Wolf went on to talk about her songwriting process, which, as a singer-songwriter myself I found very insightful. What really stuck with me was that she described her lyrics as a collage of things in her life, no matter how mundane they are. Whether it’s a line about Chuck E. Cheese, Connor McGregor, or pilates, Wolf’s lyrics are truly a reflection of her real life which makes her that much more relatable to her audience. This authenticity is something she emphasized when asked what is most important to her regarding her creative vision and how she presents herself as an artist.

Following the interview and a short Q&A, Wolf performed 4 songs accompanied by her guitarist, Mikey LaSusa. My personal favorite was the acoustic version of the song “Liz” off of Wolf’s latest album, “Juno”. The funky upbeat song worked well in the small venue space, which only consisted of about 200 people. Having also attended a show on Wolf’s latest tour following the release of “Juno”, I found this performance to be much more intimate and it allowed for her powerful vocals to shine. She ended the performance with the song “Disco Man” off her 2020 EP called, “I’m Allergic To Dogs!” which was also a crowd favorite. By the end of her performance I felt that much more connected to an artist I had already been a big fan of, and it was clear the rest of the audience felt the same.

Princess Goes To The Butterfly Museum at The Metro Music Hall

The best thing is to expect the unexpected.