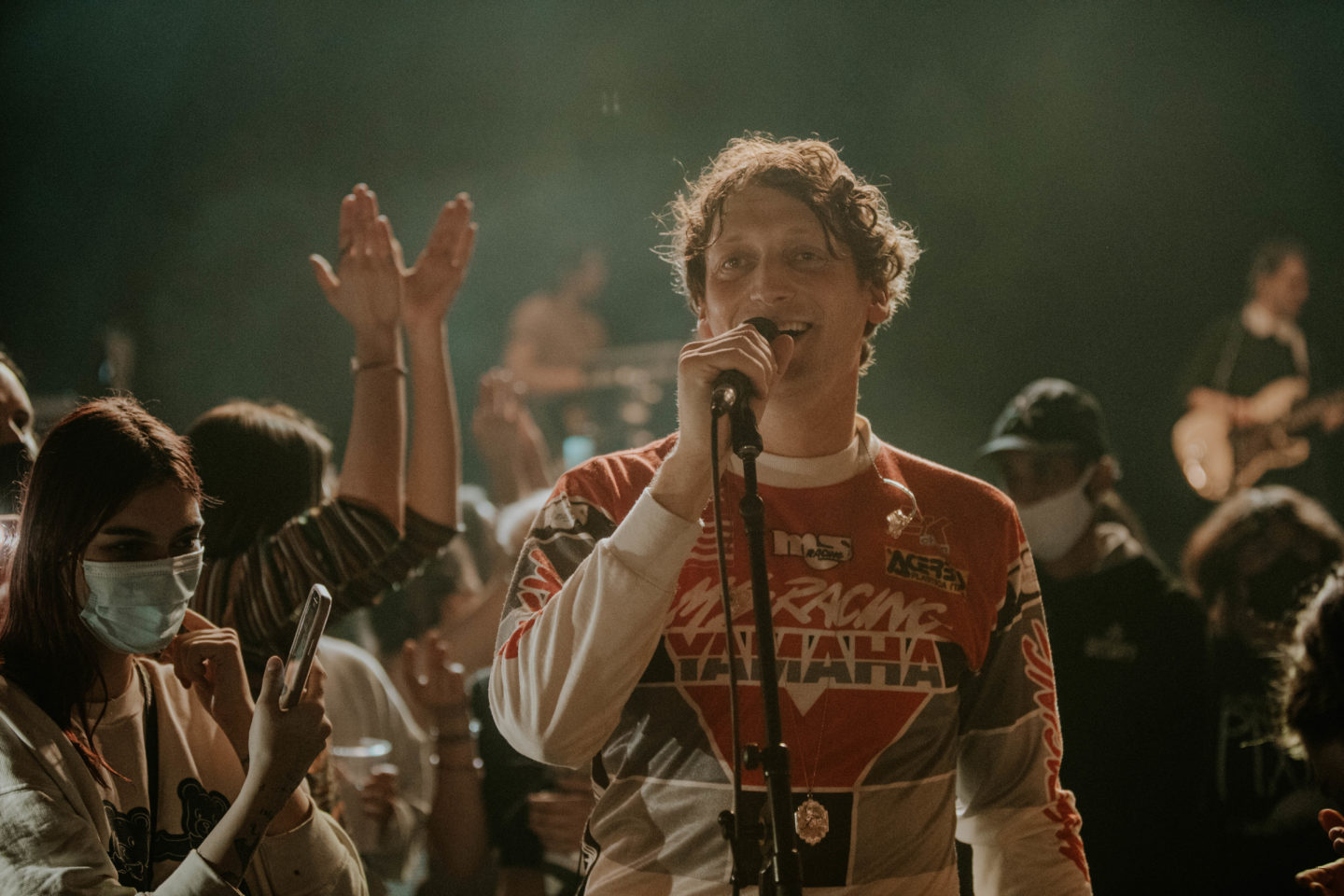 Anticipation is a wonderful thing. The Zolas know this. As the lights dimmed, and the backing track to their opening song began, the crowd was on their feet before a word was sung or a band member was in sight. Then, out of the shadows, they appeared. They launched into their opening album track “Violence On This Planet.” It was a dark and danceable groove that had everyone moving with lead singer Zachary Gray.

It didn’t take long for things to get kicked into high gear. By the time radio hit “Molotov Girls” began it was clear that this was going to be a sing-along throughout the whole night. This was all added to atmospherically by the layer of sounds that The Zolas built up. Through the guitars, bass, drums, and synths the group creates a wall of sound that they skillfully control. They know how to fill the soundscape so when it drops, it is as powerful as when all cylinders are firing.

In fact, it is some of their quietest moments that are the most impactful: when they tear away everything to connect with the crowd. Their broken-down version of “Strange Girl” created a transfixing choir between the band and their adoring fans; it was moody yet passionate. It was at this moment, when all of the Vogue sang along, that Gray had a look of bedazzlement on his face that said, ‘I cannot believe I am here, with real people.’ This moment of introspection led to a one-man medley machine of some of their lesser-played songs, requested by the audience. I couldn’t help but imagine Zach as a young guitarist practicing in his room to an imaginary audience of thousands, only, this was the real thing.

From there, the build-up began again. Starting with a heart-wrenching story of the seed of inspiration to their song “PrEP.” The build-up through the next songs reached a fever pitch when they hit their song “Swooner.” This bonafide banger had everyone dancing and singing, only to be set into a beautiful release with the song “Why Do I Wait.” They ended with a long look and a wave goodbye.

As the Zolas left the stage, it was clear these hometown heroes were not going to be allowed to leave so easily. The cries for another song came out loud and clear. Gray joined the crowd from the center aisle and led the final song amidst the shine of everyone’s cell phones. As the band backed him from the stage, it was clear that, if given their way, no one would ever leave the Vogue. Their rendition of “Escape Artist” rang out and seemed to echo through the venue even as the house lights came up. Both haunting and uplifting, it was a night no Zola fan would soon forget.