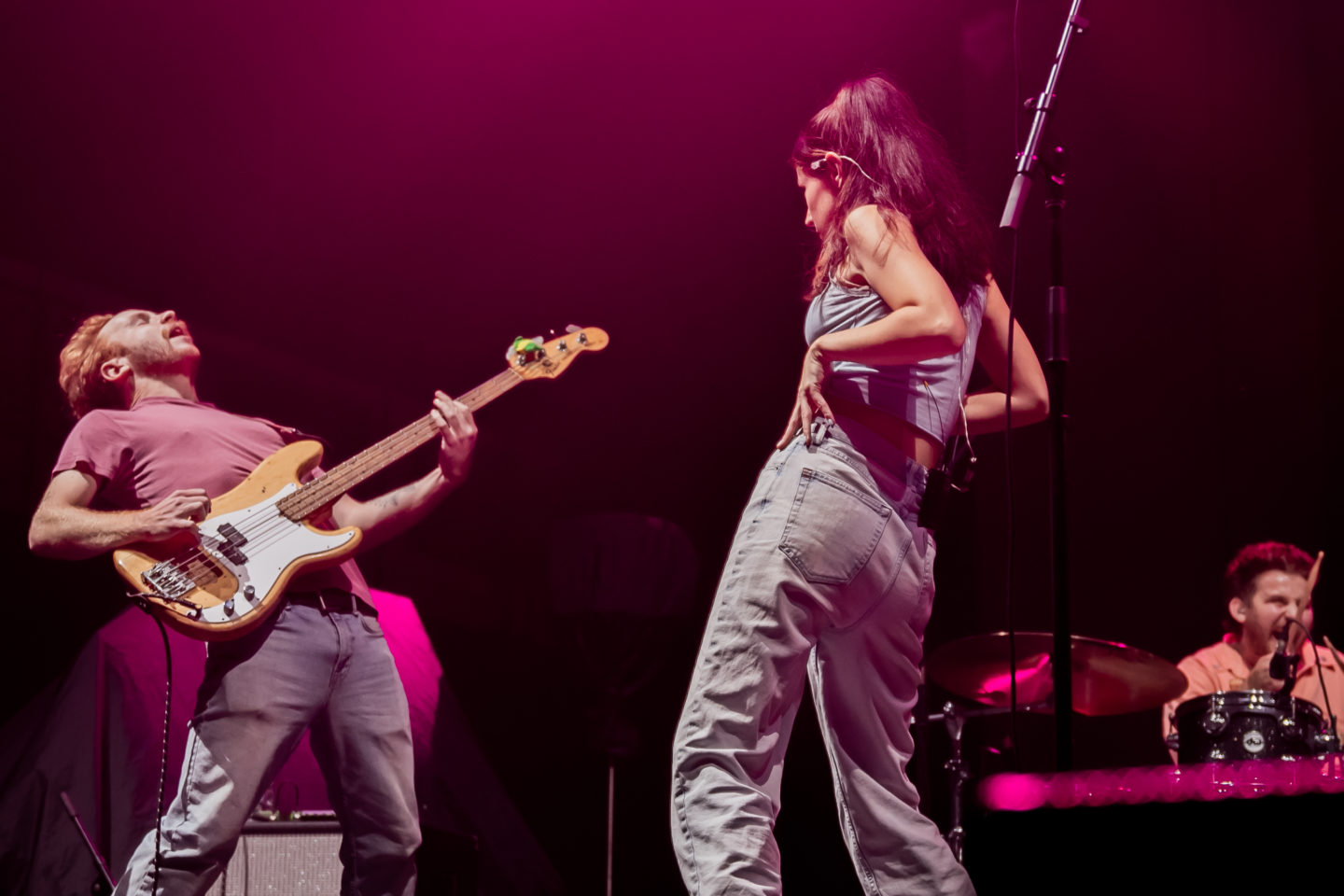 Samia at The Shrine Expo Hall

Female vocalist Samia opened up before Wallows’ show in September at the Shrine Expo Hall. The 25-year-old indie singer’s calm, contained presence seemed shy at first as she started her set with a slow song, but her voice immediately struck the attention of the dark room. Samia’s strong, booming vocals supported her slow, melodic ballads like Pool and Big Wheel. Then, she suddenly broke out in playful, interpretive-like dances with her guitarist and drummer during her more upbeat songs Fit N Full and Triptych. She jumped and swung her arms around the stage as her musicians that shared the stage equally matched her energy with huge smiles on their faces, absolutely shredding their respective guitar and drums and working the whole stage. This shift in the beat got the crowd excited to dance and it seemed like she and her band felt more comfortable in response. At one point in the set, she and her drummer joyously shared some jazz hands with each other and the crowd; she told us that they do this on stage to remind each other to let loose and ease the nerves during the show. Her opening set was a lovely mix of slow and fast beats and consistently breathtaking vocals that got the crowd warmed up for the headlining set.

Wallows at The Shrine Expo Hall

They didn't give the crowd a chance to stop dancing...