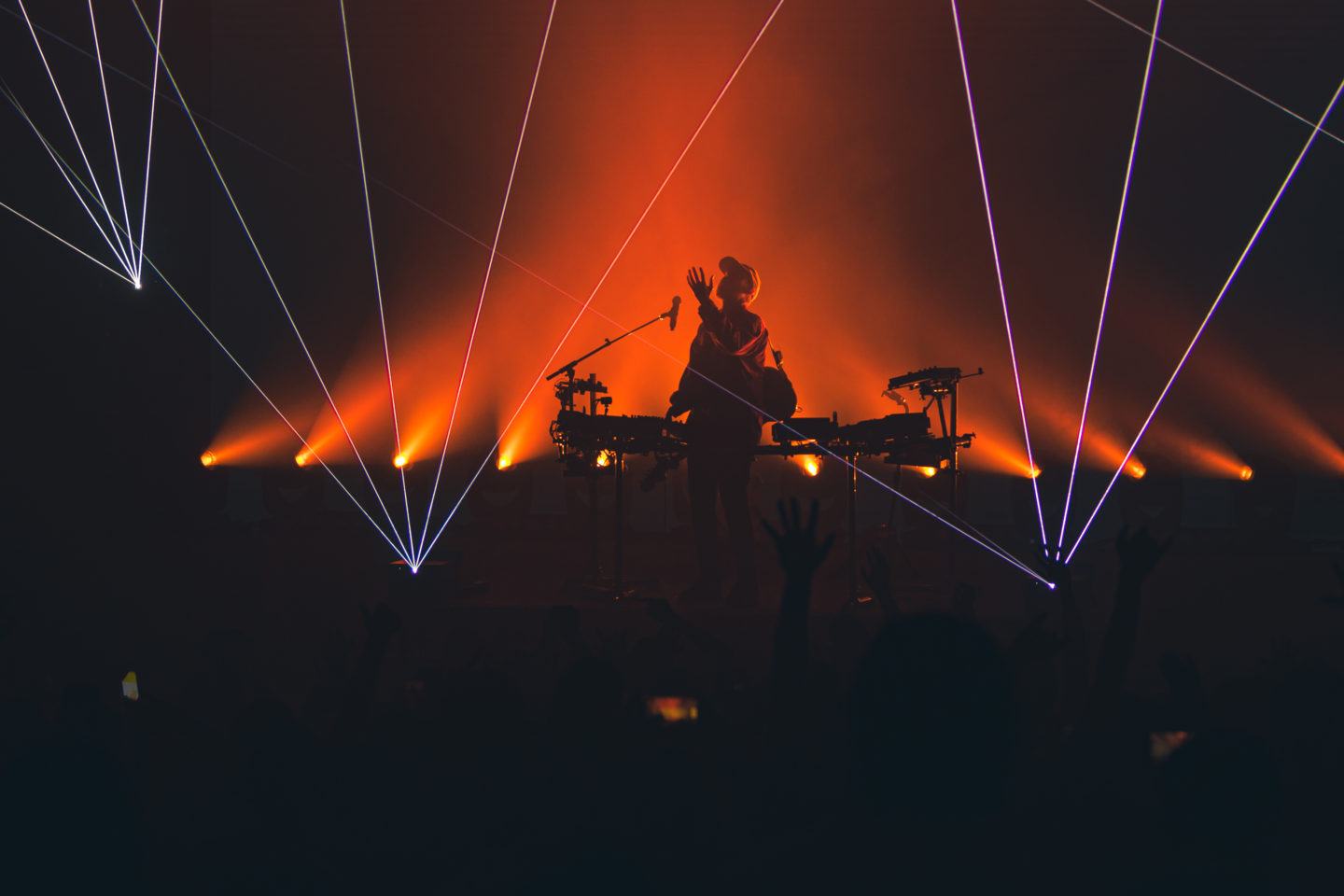 Dutch DJ San Holo delivered an unforgettable performance at Royal Oak Music Theater in Detroit this past weekend. San ventured to Michigan as part of his BB U OK? tour and surely did not disappoint. I should preface this by saying, his music primarily appeals to electronic and dance music lovers, but is also less intense in comparison to similar artists. San Holo incorporates a unique blend of mixed electronic beats, combined with live guitar and vocals.

The evening started with an escort through the venue and down into the photo pit, located directly below the stage. When I first arrived, the venue was not especially full, but this changed as the night went on. Three opening performances by up-and-coming DJs Devault, Duskus, and Kasbo got the crowd hyped up.

After the openers concluded, it was time for the main event. Soon enough, the lights dimmed, the crowd roared and in from the back appeared the man that everyone was there to see — San Holo.

The performance kicked off with an instrumental of the album’s opening track, i am thinking of you, introduced with visuals that were both vibrant and lively. As the night progressed, San played other favorites including, black and white, and find your way.

As I moved along the photo pit, I observed many fans who were in awe at the spectacle on stage. It was apparent that the diehards were up at the front, as those dressed in rave gear were screaming the lyrics and seemed to know every word of every song. San jumped down onto the low part of the stage at several points to interact with fans, even tossing one of his guitar picks into the crowd. Later, when I exited the photo area, I moved to the back of the venue, where I paused for a few minutes, just to take in the entire scene, before heading out. As i just wanna f*****g cry echoed through the room, I knew that was concert truly something special. For it being my first live music show in well over a year, I could not have enjoyed it more.

The onstage energy was palpable and magnetic.