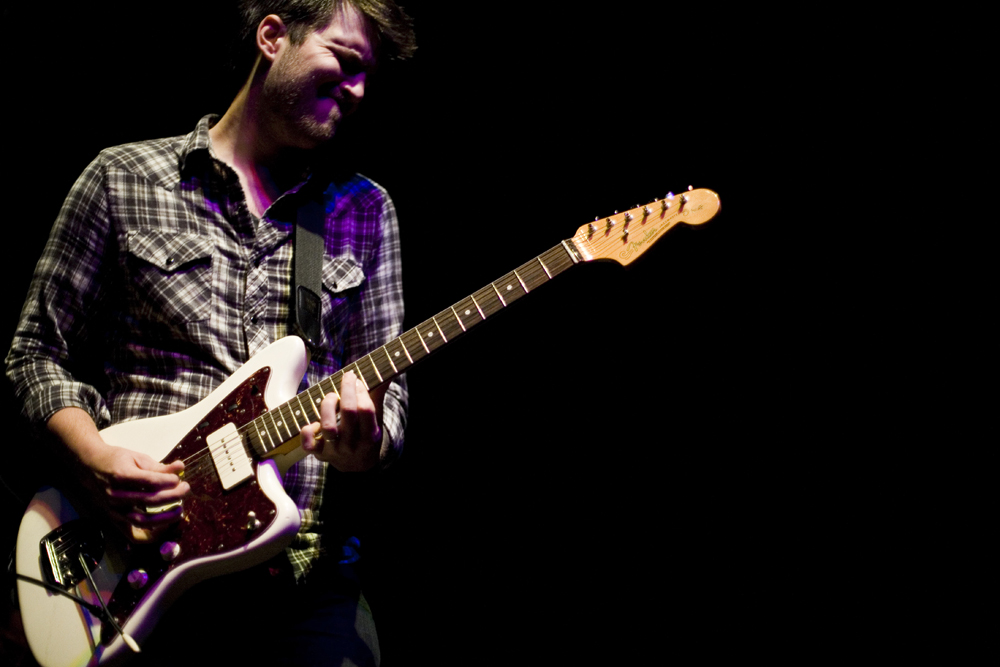 Scattered Trees at The Vic Theater

Scattered Trees gave Chicago, and me, an early Christmas present this year with two shows in one week: headlining  Lincoln Hall with A Lull and the Urbanites and opening for Two Door Cinema Club to a sold out crowd at the Vic. Only recently had I been introduced to their music, and it only took the first few tracks of their 2011 release Sympathy to hook me. The music was mellow and emotional, with a dash of regret, without reaching the point of demanding sympathy. Frontman Nate Eiesland began writing Sympathy after his fathers passing in 2010, and each track is undoubtedly fueled by the pain and confusion that comes from experiencing many complex emotions simultaneously. The band separated in 2007, but is back with Eiesland joined by his now wife Alissa on keys, brothers Jason and Baron Harper on guitar and drums, respectively and Ryne Estwing on bass. They seem ready to take on the music scene once again.

The instrumental assignments varied from song to song to the point that I began to lose track of who played what instruments.  They are all such talented musicians that at one point Ryne switched from bass, to vocals, to tambourine, to hitting Baron’s bass drum with a mallet that he seemingly pulled from his back pocket, and that’s just the start. However, they failed to connect on an interpersonal level with the audience. They moved through set at lightning pace, barely taking the time to inform the audience what song was next. Alissa was so focused on hitting every note perfectly on the keyboard that she never had the chance to embody the music, whereas Nate’s raw emotion propagates through every note. By the end of the performance, you felt his loss as if it was your own.

Having Sympathy on repeat for a week before the show, the expectation of entertainment was relatively high. Despite not feeling that personal connection with the band on stage, their performance was flawless. My jaw was a bit ajar at the surprising versatility of every musician on stage. They are definitely a musical, and emotional, voyage worth checking out next time they come to town.