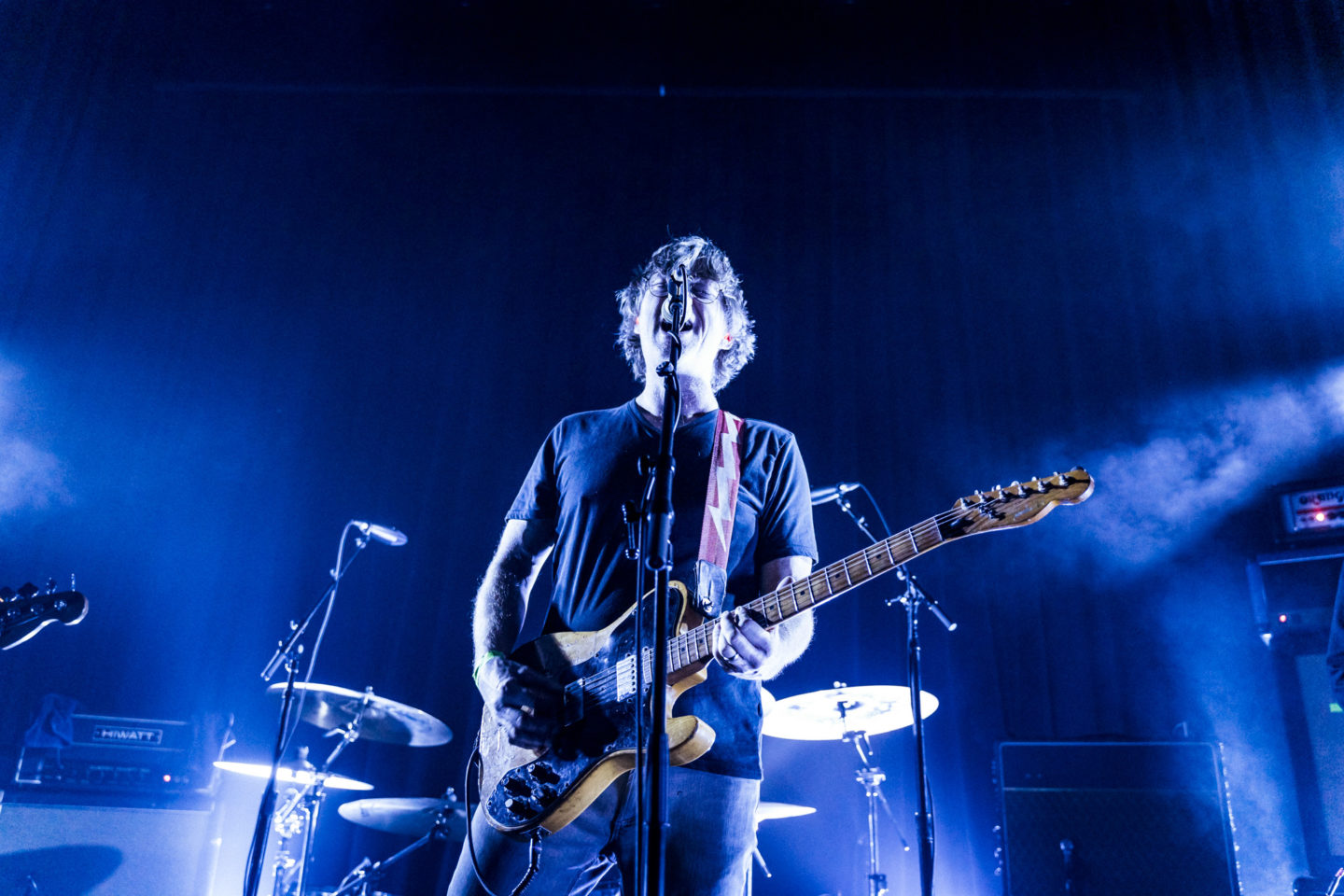 Another lovely evening of friends and massive guitar at one of my favorite spots, Lincoln Hall. I’ve been looking forward to this one for a minute as it showcased two powerhouse rock bands at different yet exciting stages of their careers. Brooklyn’s Spotlights opened the evening, which led to the almighty Shiner who looks to relaunch a tour for their first album in decades that, unfortunately, got derailed due to COVID.

As for math rock OGs Shiner, I’m a sucker for some nostalgia and these guys would definitely fit the bill, establishing themselves in the 90s and breaking up in the early 2000’s only to drop a reunion here and there over the past decade. That said, they dropped a new album, Schadenfreude, early in 2020 and it’s really solid. It’s not old Shiner but nothing new is ever the old so whatever… COVID kind of screwed this release as they weren’t able to properly tour it and so it seems like they intend to make up for that starting now.

They came out heavy on the new album, launching into the first track from the record, “In the End” and following with “Life as a Mannequin”. Turns out they were down a guitar player, so Mario from Spotlights stepped in admirably. Heavy on the stage lighting, the floor was almost blinding with every color flood as each new track erupted into its chorus. Allen thanks everyone for coming out mentioning, “We play old songs too” as they dive into “Andalusia” from the 2001 release, The Egg.

After a few more classics, they get right back to the new album. It’s possible I missed one, but it certainly felt like they played the new album in its entirety. The crowd bobs with every odd-time, reinforcing the effect the new album has had on their fans, both old and new. After a sincere thank you from Allen, Mario leaves the stage before the encore… evidently learning an hour of Shiner material in three days didn’t leave much room for anything else. The rest of the guys take on the encore as a three-piece, dropping in one of my personal favorites, “My Life as a Housewife” from 1997’s Lula Divinia.

Nothing at Lincoln Hall