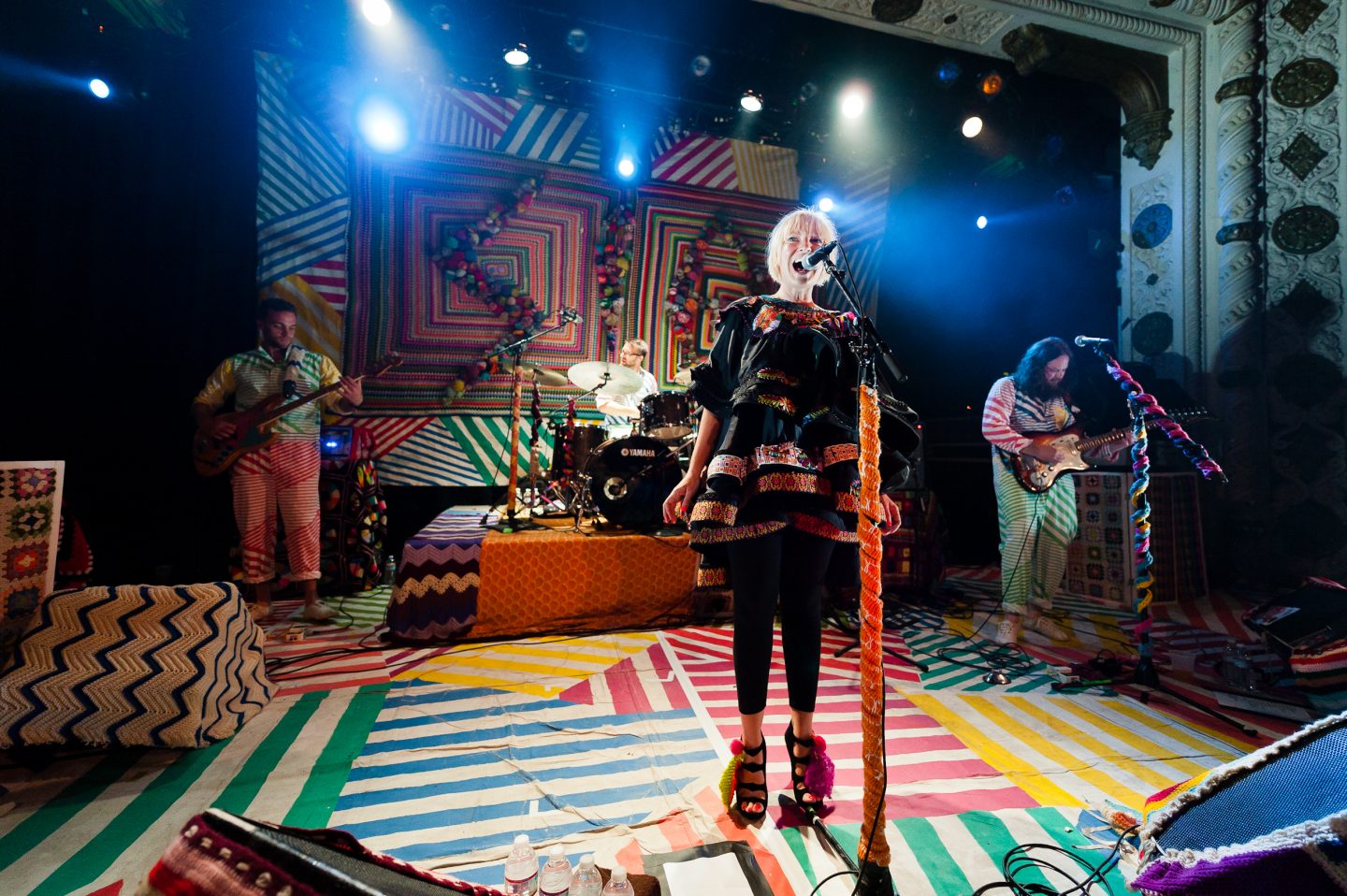 Outside of the dress and an unmistakeably absent magical unicorn horn, not much has changed in the landscape of the live Sia performance since she serenaded the Vic last year. The band’s outfits are the same. She still takes bras, panties and all manner of other gifts from the audience and crams them into her dress. The show still sells out. Everything is still covered in yarn. Her voice still makes women less than dry and men’s pants uncomfortable. But in all honesty, I’m a little over it.

I’m not calling into question her talent by any means because that’s irrefutable. The woman has an amazing voice when she sings, and she’s even endearing when she lets the Aussie twang meets Smurf shine through for the on-stage banter which, for the record, is hilarious. She connects with the audience in a way that paints her in a light that even the highest paid engineers can’t emulate, and yet, I’m still left wanting.

The lyrics and the vocals are unquestionably Sia, but once they’re intricately layered on top of the instrumental palette the final product seems almost borrowed. On some level it makes sense because she’s constantly working with other artists (like Nick Valensi of The Strokes), but these departures from what would classically be defined as the Sia sound almost add too much of their own DNA to what should be “her songs.” Ultimately, it ends up feeling like Sia is fronting a cover band responsible for cutting the latest soundtrack for a Zach Braff movie. Depending on how you feel about Zach Braff soundtracks and swoon worthy female vocals, that might not be a bad thing.