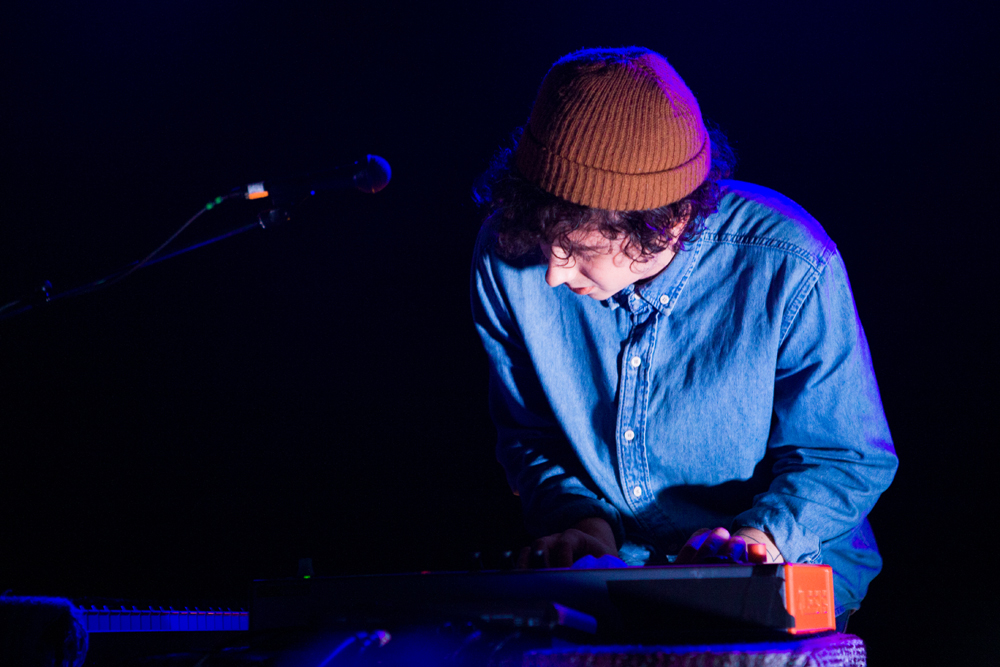 Youth Lagoon played a sold out show on a Tuesday night at the Metro, sharing the bill with Porcelain Raft, and I must say it was quite good.

Youth Lagoon is a one-man band, Trevor Powers, from Boise, Idaho. I first heard of the band late last year when a friend of mine played “The Year of Hibernation” for me, and instantly felt excited about what I had heard. Powers has done a great job at putting together songs that inspire hope and evoke fear. Dreamy and atmospheric, Tuesday’s Metro show made for an infectious and “dancy” (I think I just made up a word there) evening to spend with friends and lovers.

The sound was solid and crisp, and even though Power’s interaction with the audience was minimal, you couldn’t help but want to root for the guy and appreciate his vulnerability. But after doing some research and discovering that Powers struggles with anxiety, his shy demeanor makes sense. I think the longer he does this the more he’ll start to feel, and perhaps appear, more comfortable on stage. Nonetheless, he delivers a good show.

Some of the crowd’s favorites included: “Afternoon,” “Cannons,” and “July.” The subtle lighting and friendly audience definitely made for a fun show, and I definitely enjoyed whistling those haunting melodies on my 5-mile bike ride home.