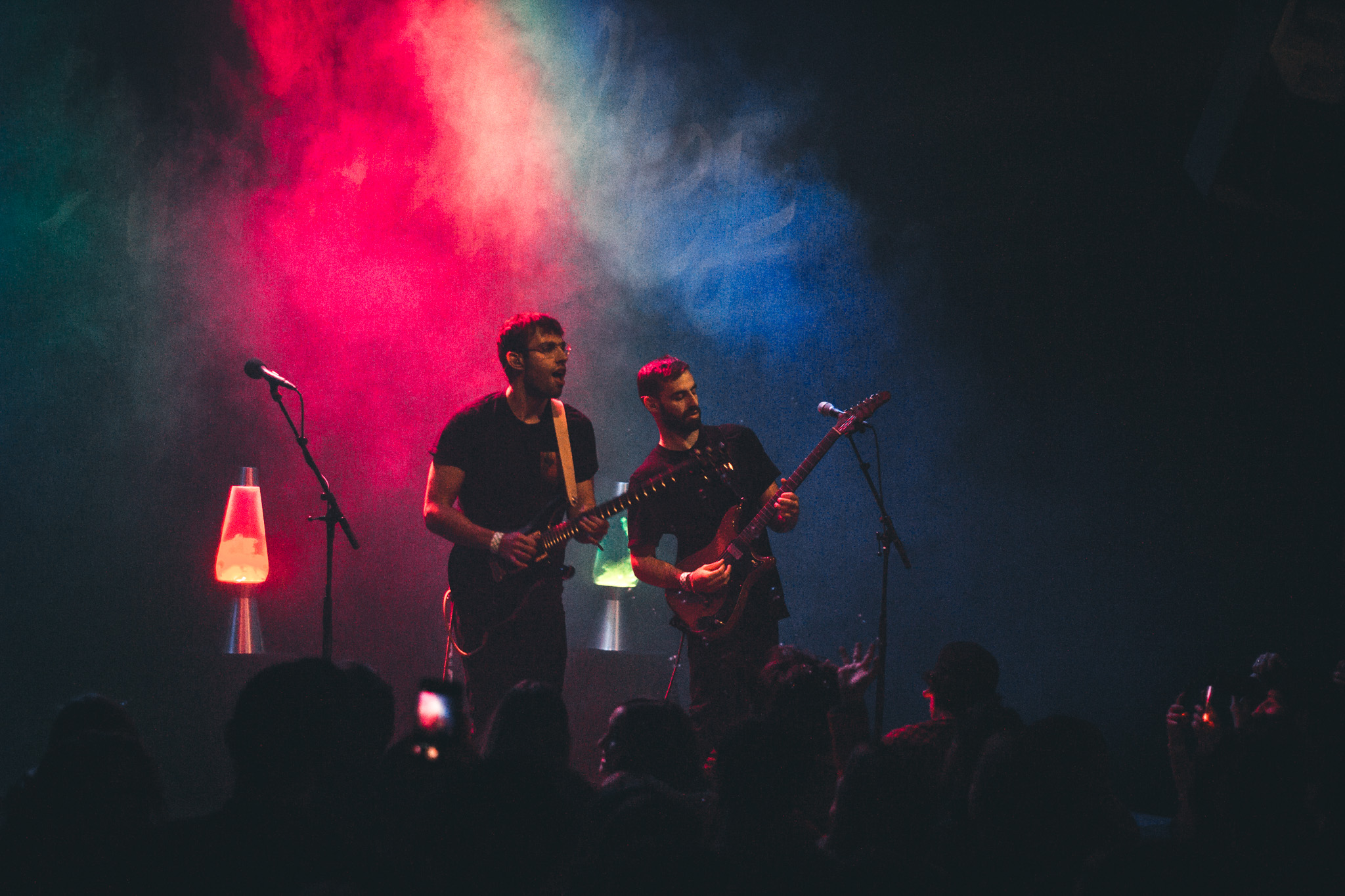 I have been listening to these guys for a while now. I would almost venture to say that they got me though a significant transition in my life. So I was a bit surprised when I saw two guys, two guitars, three lava lamps and a Macbook on stage. I have to admit I expected a band. However, they absolutely delivered! I loved their energy on stage – once they got our attention. They came out and with a jam – you know when two guitar players stand close and face each other and bob together – but the crowd didn’t notice since there was a lot of chatter for a while. Second song was Gray and by the time they played The One they had everyone’s attention! Oh, and the disco ball during Homestead was a real treat.

As the last show of their world tour, they were excited to be back in Chicago, where, they pointed out, they had begun the tour and they had their first ever live show. Well, Chicago seems to love you too…or at least this crowd did!

They reminded us of their influences with covers of Sade’s Smooth Operator and MGMT’s Electric Feel. That was really fun, mostly because most of the bands I’ve seen these days haven’t done covers. And, finally, they finished up the set with Anemone – my personal favorite. But, wait, they did come back for an encore…brand new song everyone: King. Can’t wait.

You should check out any of their music, but as I mentioned, Anemone is the best.

Enjoy these slenderbodies concert photos as seen through all that smoke and lava lit intimacy!

The room definitely was pumping as Blockhead seamlessly flowed from track to track.

Chicago songwriter, Carlile, opens up for slenderbodies...could be a breakout moment.