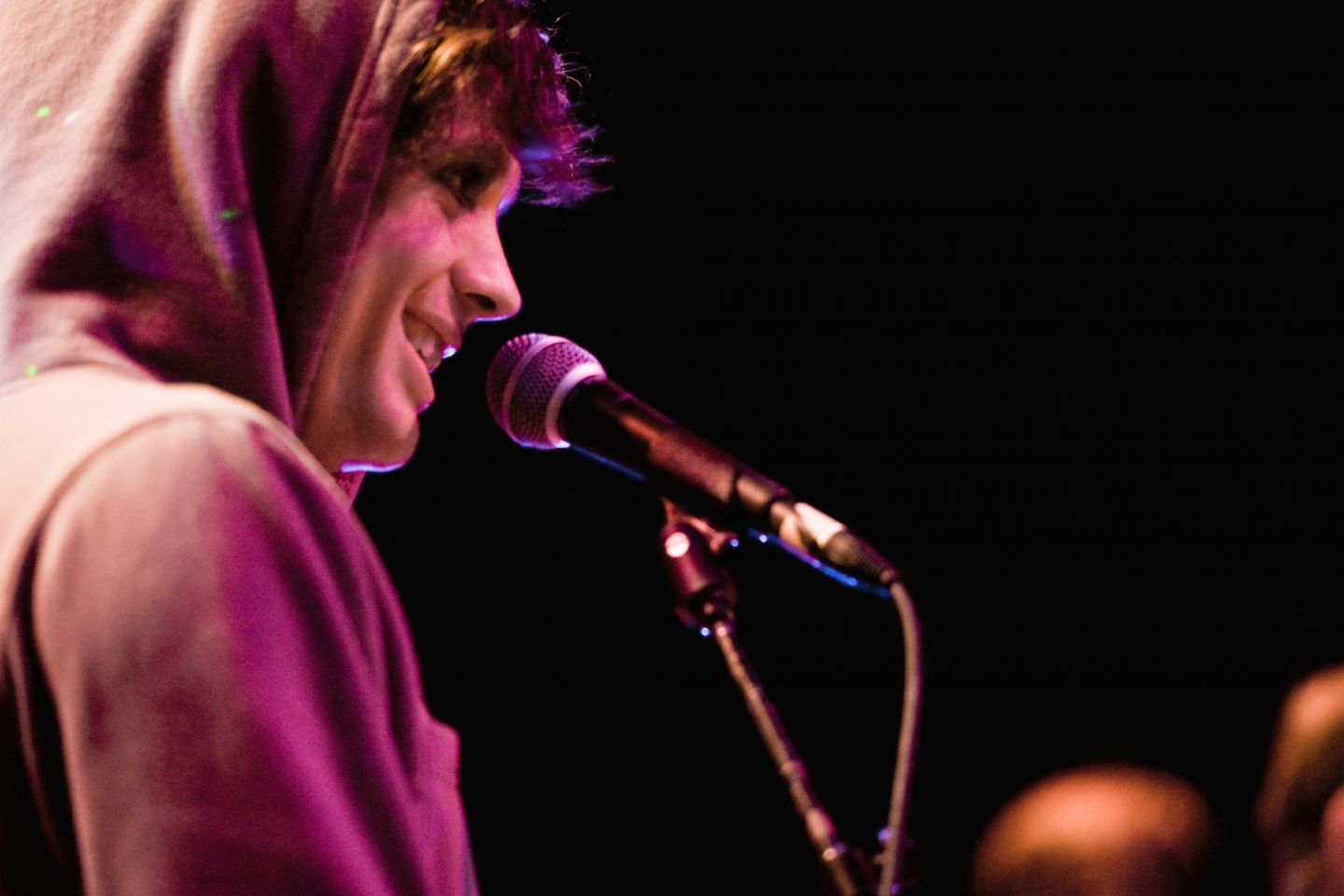 Have you ever seen an angry, cross-dressing zombie on acid? You can only really answer yes to that question if you were one of the hundreds of people crammed into Lincoln Hall for the sold out Starfucker show. We were there and we can confirm that the aforementioned figment of your imagination actually exists. It just so happens that it’s a little less nightmarish and a whole lot more Strongbad than what you might currently be picturing.

Gender isn’t the only thing that members of Starfucker like to bend either. The recorded music you’ve heard (probably “Rawnald Gregory Erickson the Second” because it was in a Target commercial years ago) is related to the live set in much the same way you’re related to that one hot cousin you probably spend too much time hanging out with at the annual family barbecue — related in the most tangential way possible. But make no mistake, this is not a bad thing.

Live, the stripped down vocals are replaced with harmonic dissonance, scratching vinyl and double drum kits (so intense) which ultimately results in a much more fun show. They made this infinitely clear as they strode out on stage in almost complete darkness. Eventually, someone installed a lightswitch not to turn the lights on and off, but to throw a lightswitch rave. This particular rave was lit by tiny, dancing, red and green lights that can only really be legitimized with a description of fairy-esque. Given their choice in name, the lights are actually quite fitting.

With a thumping beat and obligatory quotes from what seemed like old sci-fi movies, they proved to the audience that the system was, in fact, not down. Hushed vocals transitioned into (and were almost replaced by) beats, bumps and riffs generated by one of the musicians on one of their sixty-five instruments. The show evolved into a fantastically frenetic fury of limbs (on stage and off), but it still felt like a sold out show — I’m not just talking about the ticket sales.

After slinking through a set of tracks noticeably similar to Passion Pit, Cut Copy, MGMT (the lyrics to electric feel unconsciously left my lips on more than one occasion), et al., the night ended with a cover of “Girls Just Want To Have Fun.” It was right about the time that a picture review was happening, and I discovered more than one of them was wearing makeup. Coincidence? I think not. Hipster irony? Probably, but even in an Alanis Morissette sort of way it was endearing.

It was a decidedly indie performance peppered with patches of greatness that you just can’t get from the album or any other band on tour right now. But the lurking question remains, with a name like Starfucker and a penchant for gender-bending, why so serious Starfucker? Why so serious?