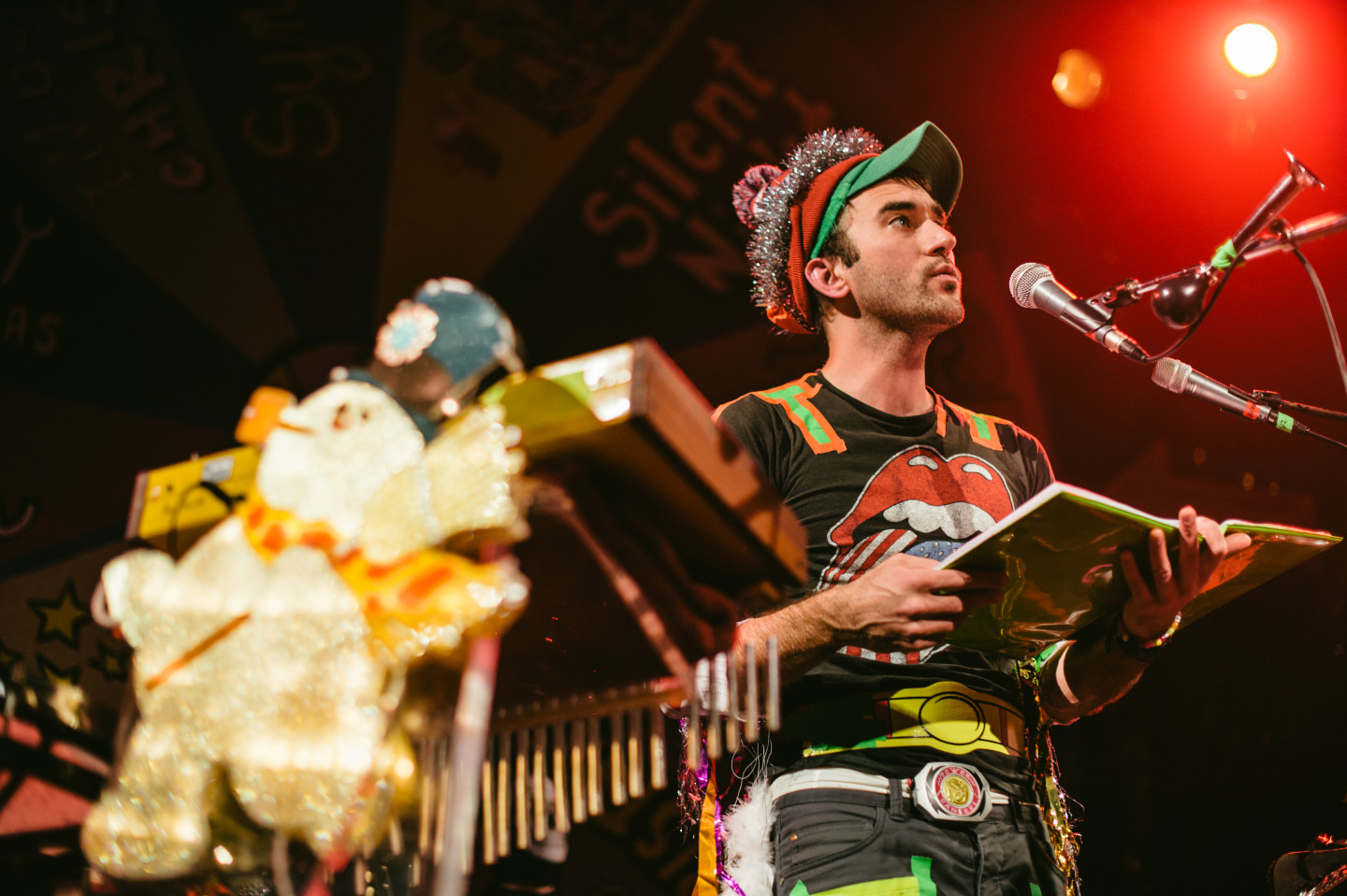 I moved to Chicago in 2007, a native of New Jersey and the east coast. It was a pretty crazy time for me. I was picking up and moving 750 miles on little more than a whim. On that first car ride west, I had a lot of time to kill and happened to be getting into Sufjan Stevens at the time after hearing, of all albums, The Avalanche. I had it in my car. The album, itself a collection of B-sides and outtakes from Come On Feel The Illinoise, features not one, not two, but three versions of the song “Chicago,” plus I had the original elsewhere. Needless to say, it was heavily featured on that trip and happened to be playing when I crested over the Skyway and caught a sight of my new home.

Yes, I know that anecdote is cornier than a Thanksgiving stool, but it’s also true.

Sufjan closed his 4-song encore with an especially moving rendition of “Chicago” (which nearly pushed me into onion-cutting mode), preceding it with stripped-down versions of “Concerning The UFO Sighting Near Highland, Illinois,” “John Wayne Gacy, Jr.” and “Casimir Pulaski Day.” It was stunning. You could hear a baby’s fart in the breathless, silent crowd. Oh, and there was also the craziest fucking show I have ever seen right before it.

Sufjan and his crew really pulled out all the stops for his outrageously long-titled extravaganza. I’ll let Brendan Shanley’s photos demonstrate how warped and ebullient the band’s costumes were – only loosely based in the Christmas spirit, I might add – but know that whatever the hell they were, the crowd absolutely adored it. Actually, they pretty much adored everything about this show.

What wasn’t to love? Crazyballs costumes, multi-instrumental genius on display, Christmas tchotchkes tossed around instead of beach balls, selections from Silver & Gold (Stevens’ new Christmas album opus), and a twenty-foot “Wheel of Christmas” that, when spun, selected which holiday standard we’d all be belting drunkenly as if Mom made this year’s eggnog just a little too sloppy.

Not once was this show too serious, but neither was it inane. The healthy balance of aimless on-stage anecdotes and sing-alongs with arresting and powerful music really captured that ever-elusive “Christmas spirit” every TV special goes on and on about. Let’s be good to each other. Don’t take this shit so seriously. But don’t shrug it off to the point where you don’t care. All of this is important, even if it’s completely ridiculous. Don’t over complicate it – Christmas is simple and the holidays are a good feeling for just about everybody.

To finish his main set, Sufjan set about a fifteen-minute long version of his epic and bizarre “Christmas Unicorn,” in which he surprised audiences with a costume as a… wait for it… party-balloon Christmas Unicorn. I could go on and on about why I (in all seriousness) think that this is a single act of artistic genius, but I’ll spare you the pontificating for saying, merely, that it was fucking awesome. Sufjan hopped around stage, off of amplifiers, knocked stuff over, and acted more or less like the Christmas Unicorn was just neutered before trotting on stage. But the music delivered. Fifteen minutes doesn’t lie. Every moment of it was cathartic and inspiring.

Year after year, I have a tougher time getting into the “Christmas Spirit.” Either I’m getting old and jaded or the 470th listen of “Christmas Shoes” just isn’t as depressing as it used to be (who am I kidding, that song is a train wreck of emotions). But Sufjan did it – he injected me with tinsel, candy canes, snowmen and a touch of insanity. I haven’t shaken the mood yet.