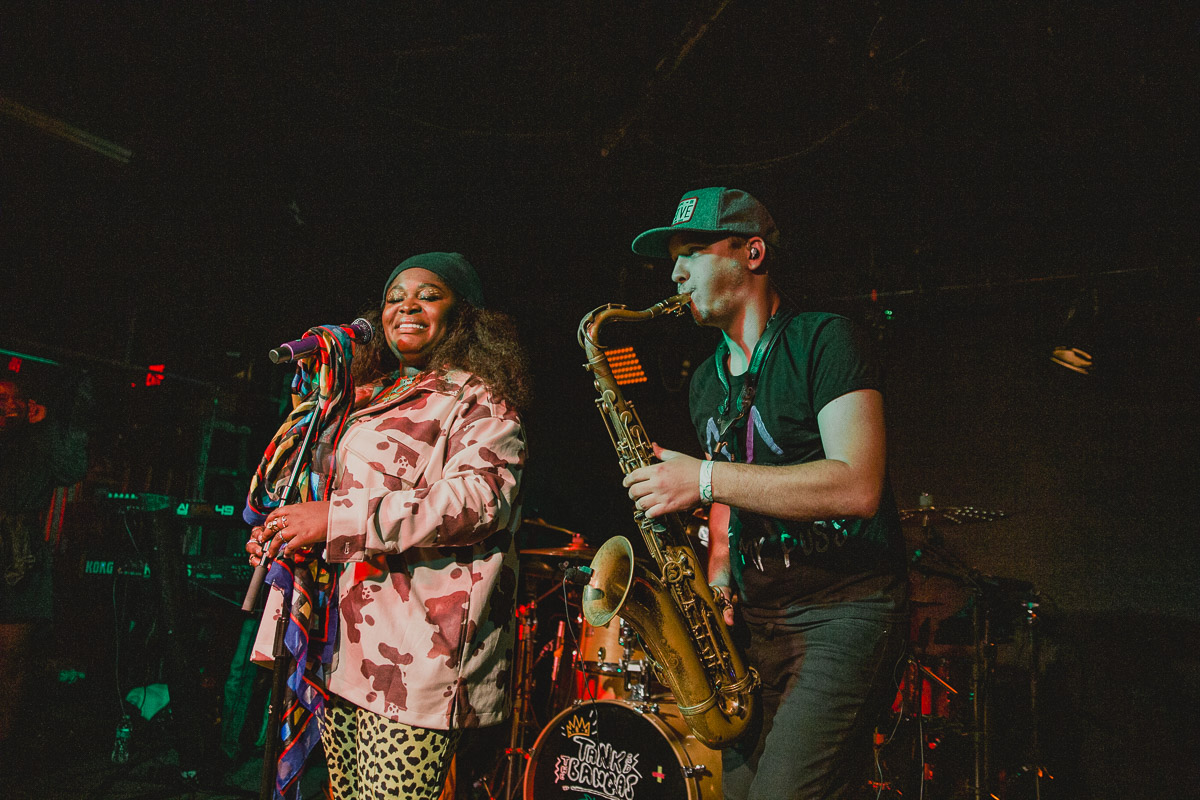 Tank and the Bangas at The Blind Pig

With nine members on stage, each intuitively matching and expanding off of each other’s energy, Tank and the Bangas are electrifying. A current like theirs is felt from the moment you step into the venue. Lead vocalist, Tarriona “Tank” Ball, extends this connection and likens the crowd to guests in her living room. With coats strewn on the stage’s speakers and hands resting on the outer layer of the stage, it becomes evident that this band can make any space feel like home.

One can’t reflect on this concert without also raving about the rousing performance by McKinley Dixon. Dixon catapults onto the stage and transports you to the richest exploration of his lyrical prowess. The vibrance of his music so stunningly energized the crowd for what was to come. As his set concluded, I looked around, noticing hands feverishly reaching for their phones to bookmark his latest work For My Mama And Anyone Who Look Like Her. After the show, I queued the album up as soon as I entered the car.

With the momentum from McKinley Dixon, the crowd was near eruption as soon as Tank and the Bangas walked on stage. They put on the type of show that makes you think if they bottled this enthusiasm into a consumable matter, no one would ever experience fatigue again. They create such a full-bodied sound. There were times I couldn’t imagine the concept of the whole city not being able to hear them or at least feel their presence. Their sound felt like it was bursting at the venue’s seams. Tank serenades the crowd with a reoccurring melody; an invitation with as much depth as their sound. Laced in the lyrics, the banter, and the dances, Tank sends loving messages of good wishes that float throughout the venue.

Authenticity is the foundation each Tank and the Bangas song rises from. Their music enters the heart like a poem gaining sentience. When the final symphony concluded, I walked away in a state of awe. The realization dawned upon me that night after night, each member harnassed their brightest of lights and shared it to the fullest degree. Quite a treasure to have had the experience of witnessing.