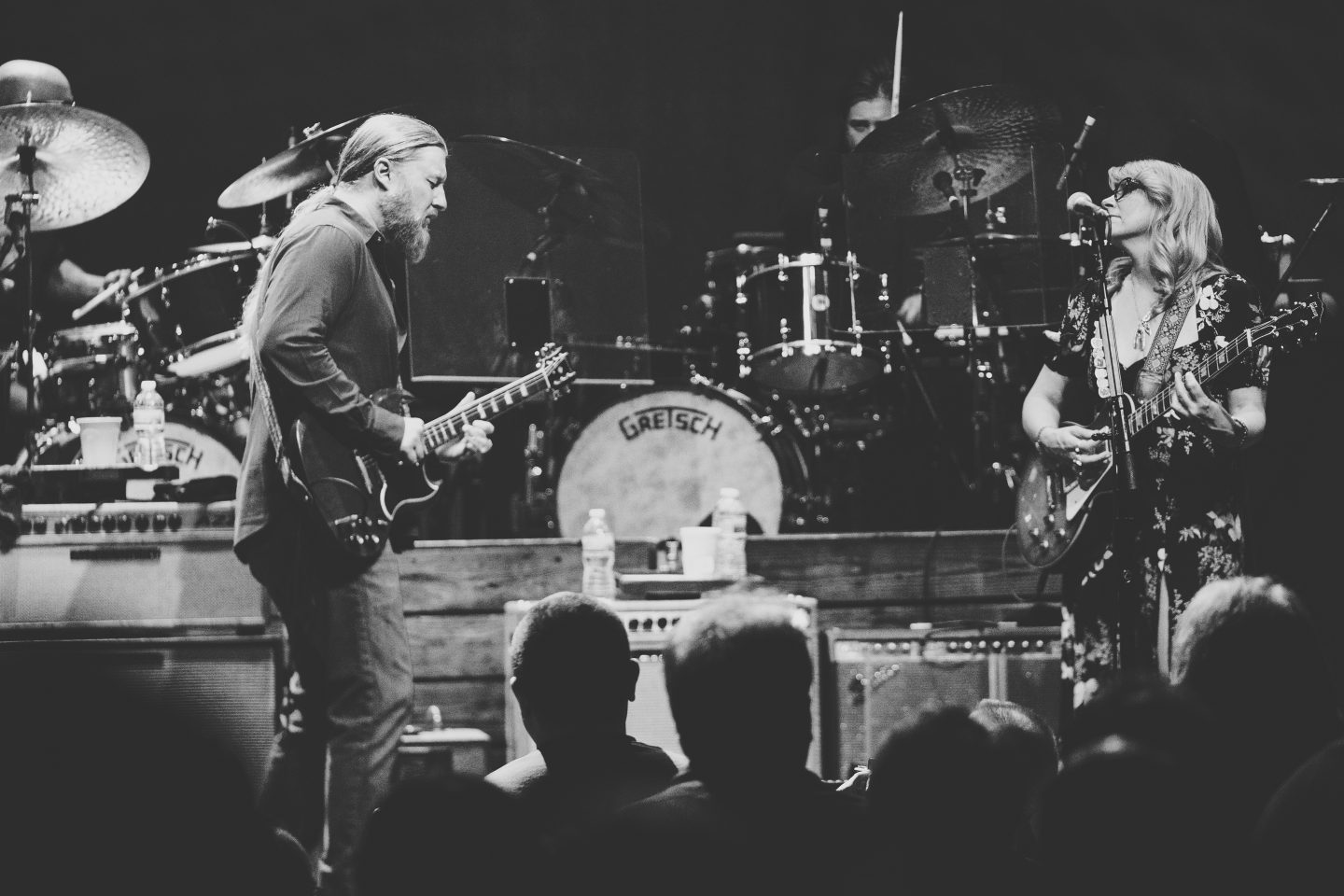 Paying so much attention to Jones and Trucks, I never suspected Susan Tedeschi’s role as a stage dominating vocalist, guitar player, and frontwoman — until I saw the group live. Live, Tedeschi was in the spotlight (literally; it made getting photos of Derek Trucks a challenge), and center stage. Susan Tedeschi and Derek Trucks don’t just make a supergroup, the two married musicians also make a power couple; Derek Trucks, a child prodigy who B.B. King said was “about the best I’ve ever heard,” and Susan Tedeschi, who received a Grammy Award in 2012, and Blues Music Award for Contemporary Female Blues Artist in 2014 and 2017.

Standing out of the limelight, Derek Trucks may be the most overqualified rhythm guitarist in the history of the instrument, possibly more overqualified than Jimi Hendrix in the Isley Brothers’ backing band. But what made the concert so great is that anyone on the stage that night could front their own band, but chose not to. Like the Chicago Symphony Orchestra a few blocks to the south, where some of the second chair players could easily be principal in many another orchestra, the Tedeschi Trucks Band created a symphonic sound — a sound greater than the sum of their individual parts.

Sharon Jones and the Dap Kings at The Orange Peel