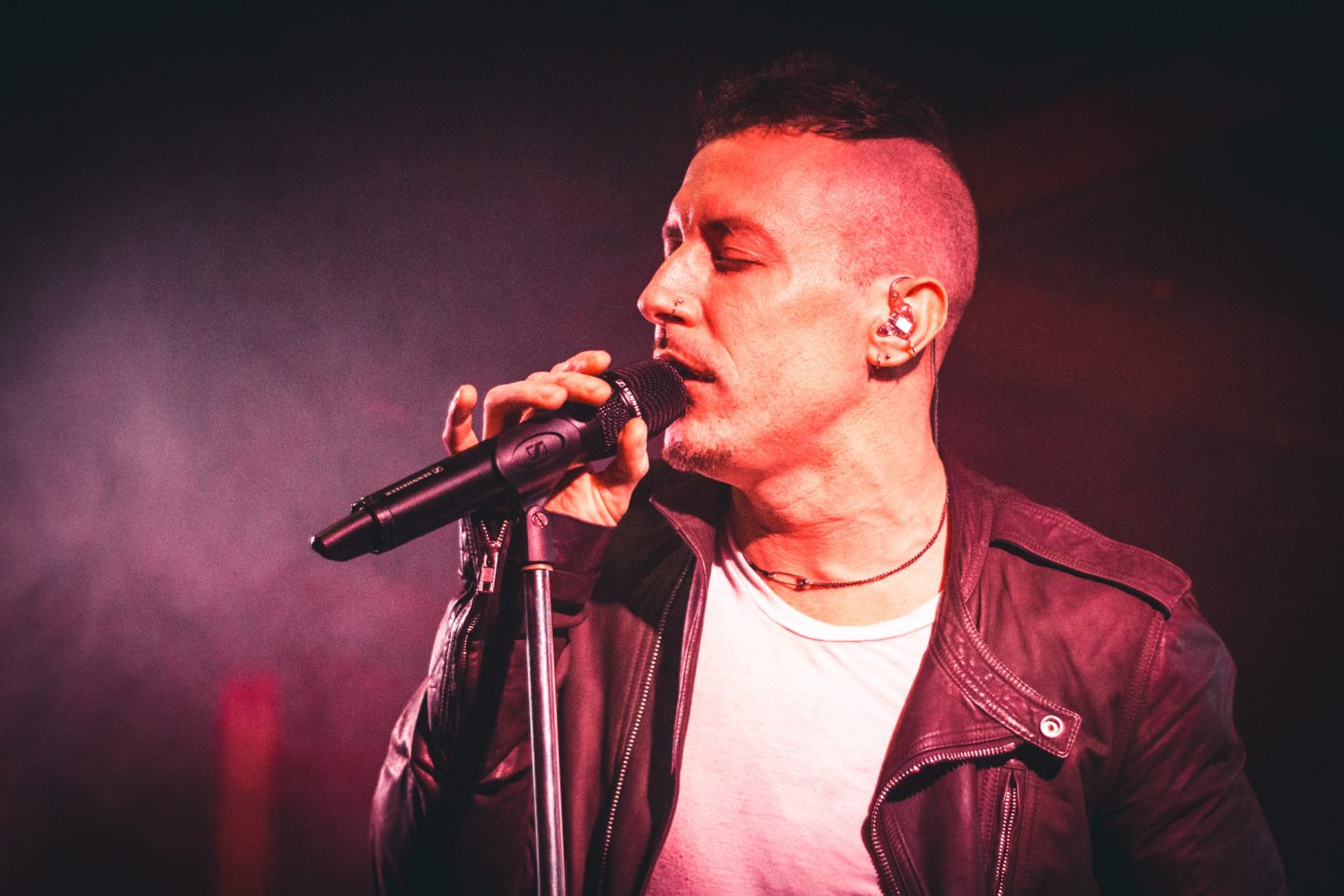 The Black Queen at Subterranean

The Subterranean was packed front to back, and top to bottom (if you’re familiar with the legendary, and climbable, 2nd level balcony) to get a glimpse of some real precision industrial rock firepower. With pedigree the likes of The Dillinger Escape Plan, NIN, Puscifer and A Perfect Circle, these guys have been around, and it really was on point in this sold out performance.

Watching Greg Puciato, Joshua Eustis and Steven Alexander Ryan recreate, live, songs from both 2016s Fever Daydream and their latest, 2018s Infinite Games, was like a clinic and a real lesson session. Musician geeks up in the front could be spotted trying to peep the gear, but these guys turn their racks sideways. Gear is piled on the floor. Speaker cabinets look like they’ve fallen out of the back of the van a few times. So no joy there, trying to ape the setup. Greg and Steven move along the front of the stage, avoiding each other with the grace of aquarium fish. Joshua stands on a speaker and pulses as he mashes midi pads and torques filter knobs. Steven’s guitar is even given up as an offering to the crowd, who passes it around, hammering away, while Steven controls the noise from the stage. When the set lurches into “Secret Scream” and then oozes into “The End Where We Start,” a sense of calm inside the storm falls over the crowd. “I need to get you in…” teases Greg. We’re all fucking in it now.

In true form for the genre, the closing “Apocalypse Morning” is a 7 minute trip that culminates in about 10 minutes of feedback and delay loops, complete with some amp smashing, guitar tossing and keyboard bashing. I kind of hoped it would…and then, yep, it did! Greg leaps onto his strategically dumped over speaker cab, jumps up, grabs onto the bottom of the balcony railing and hauls himself up, swinging like a pendulum as he heaves himself up. He then proceeds to sneak along the edge further out into the room and if you think this couldn’t get any better, it does. Faith in humanity and trust is reassured as he hurls himself out into the crowd below. Amazingly, someone got this on cam, so if you need to see this to be complete, find the post on the instagrams: #theblackqueen, post from March 18, 2019.

I’ve been seeing a lot of this industrial, electronic rock, creeping back into my playlists. But, if you think it’s a throwback, just give a listen. Sure, a lot of the sonics are familar. But, the songwriting is solid and fresh and the lyrics and hooks are infectious as all hell. Just give a listen to song #4 from their SubT set, “Ice to Never” and raise your hand if you’re not feeling it! Feel like you’re on the cusp of something great? Although, it’s amazing to see a group like this in a small, intimate club, I’d say this is probably their last go-around in the smaller venues.

Thrown into the Dark

Maybe We Should / Non-Consent

The End Where We Start

Now, When I’m This

One Edge of Two

Endearing may be the best way to describe a Clanton set.