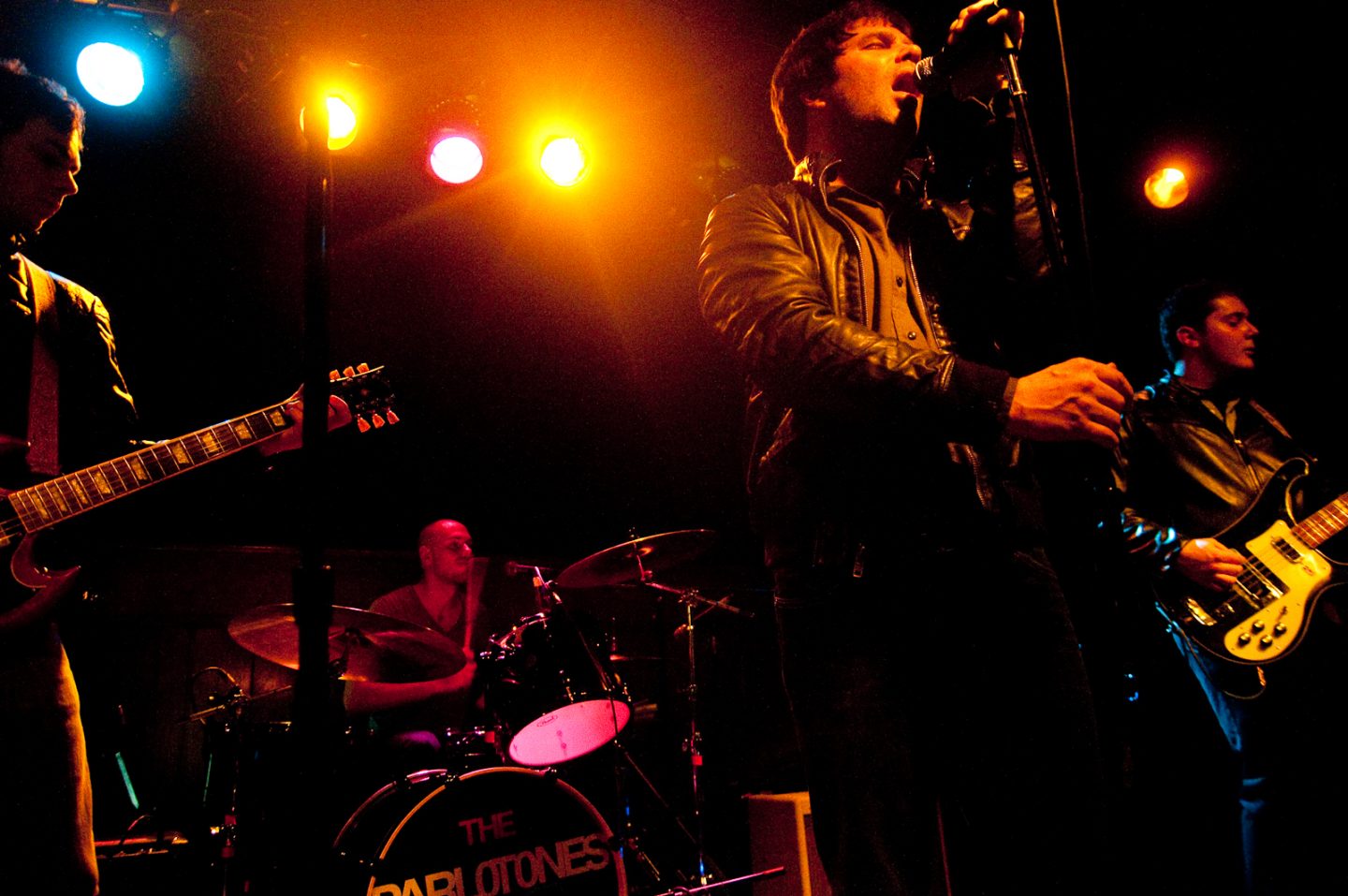 The Bright White at Schubas

It’s the Saturday night before St. Patrick’s Day in Chicago. The family friendly title for it is “Parade Day”, mostly because “sea of drunk people roaming the streets in green clothes they only bought for today” doesn’t sit as well.

It’s 10pm at the legendary watering hole Schuba’s, and there’s one double door separating the crowd of green clad, heavy eyed partiers who are clearly running on fumes from the dedicated rock fans who have come to indulge in the lush, rich, solid acoustics that Schuba’s is known for.

Opening the sold out show for Johannesburg’s Parlotones is Chicago’s own “The Bright White.”  Lead singer Matthew Kayser’s voice is immediately reminiscent of Kaleb Followill’s of radio heartbreakers “the Kings of Leon,” and that’s not a bad thing. On the track “Red Summer Rose” from the bands recently released EP “Until Then,” the parallel became most apparent. Kayser threw his arms out and belted the chorus, which fit perfectly into the small and intimate space. The band also handled vocal harmony very well, while not overdoing it.

The show was reminiscent of the solid pop rock that helped blow out the speakers of many a late model 90s Japanese car. The delivery was reminiscent of early Foo Fighters, Oasis or Superdrag, and one couldn’t help but look at the leather jacket clad rockers and be taken back to a time in their life where they threw up a fist and banged their underage heads as they sang along on a school night at their favorite dingy, smoke filled venue. But just because it’s been done before doesn’t mean that The Bright White doesn’t do it well.

The band was solid, tight, and the thumping, hard hitting drumming had most of the crowd at least shaking part of a tail feather, even with one hand in their pocket, and another on their beer.

In today’s current glam-grunge, 5-o’clock shadow rock climate, there is definitely a place for The Bright White. While the show was short, the crowd seemed to desire more from the band. The amount of love they received from the crowd definitely grew as the show went on, and why not? Their sound is simple enough to be approachable, and solid enough to keep the audience impressed. Keep an eye out for these Chicago natives, and check out a show if you get the chance.