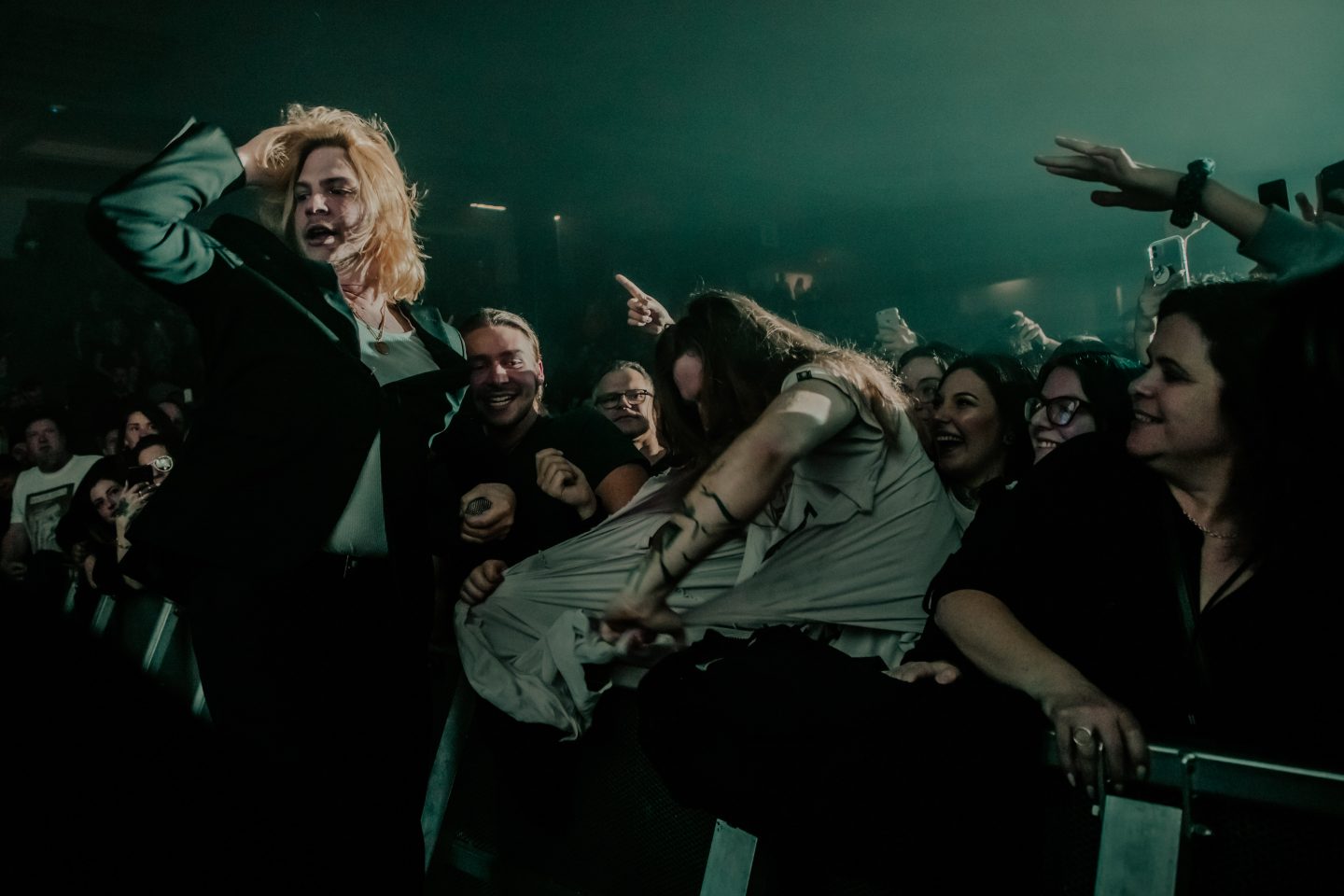 The Glorious Sons at PNE Forum

Shortly before the start of their Canadian tour, the Glorious Sons bass player Chris ‘Black Mamba’ Hout received news that his brother had fallen ill and suddenly passed away at 30 years of age, leaving behind a wife and two kids. Expectedly, Hout returned home to be with his family, as the Kingston, ON band kicked off their tour in Vancouver, BC.

While walking on stage alone, lead singer Brett Emmons shared where their hearts were at and asked everyone to join him in a moment of silence.  The crowd who was all geared up for a party had a really hard time being quiet. Emmons walked back up to the mic to scold those still continuing conversations in the crowd, “Listen, I want to hear a f***ing pin drop”. After some aggressive ‘shushing’ peppered the arena, silence rang loudly. It was a heavy yet moving opening, and for a moment I felt the tears swell up. Easing into the night, they started things off with Amigo, as band members joined the stage one by one.

Driving into one of their most well-known songs, Sawed-off Shotgun, the crowd lit up — this was the opening they had been anticipating. Emmons was loosening up, pacing from one side of the stage to the other and back again. Only stopping to spin in circles and jump into the crowd. From here the energy only climbed higher as they transitioned to high spirited songs like Panic Attack, and Josie.

Slowing down mid-set with War on Everything, the crowd welcomed a chance to catch their breath. Gazing out, people could be seen waving their lighters and I even spotted a group of bros huddled up swaying back and forth in a circle. Moving into the beautiful Come Down On Me, Emmons sat cross-legged on the drum risers belting out his lyrics. It was here that the crowd again broke out in conversations. It was like everyone had ants in their pants or were back in grade school.  They came to party and anything that distracted from the feel-good vibes, they just did not have the patience for. The song really shows off the restraint of Emmons’s powerful voice and seeing him sit there in his own little word and sing was breathtakingly beautiful. I’m just sorry everyone else missed it.

It took a couple of songs to get the crowd’s attention back but as the frontman walked up to the mic and belted out the words “oh Mama’ the crowd burst into the chorus of ‘Mama’.

We were back to raging at the rock show.

Throughout the night free-spirited rock and roll vibes oozed from Emmons, whose interaction with the crowd didn’t cease. He rarely stopped moving and took every opportunity to watch and feel the electricity from those gathered before him. He made eye contact with nearly everyone he could see, he strained to reach out from the stage to give a high-five and even helped a fan rip off his shirt.

The Glorious Sons have really hit stride here in Canada, and if their live show is any indication, they’ll be taking the US by storm very soon.