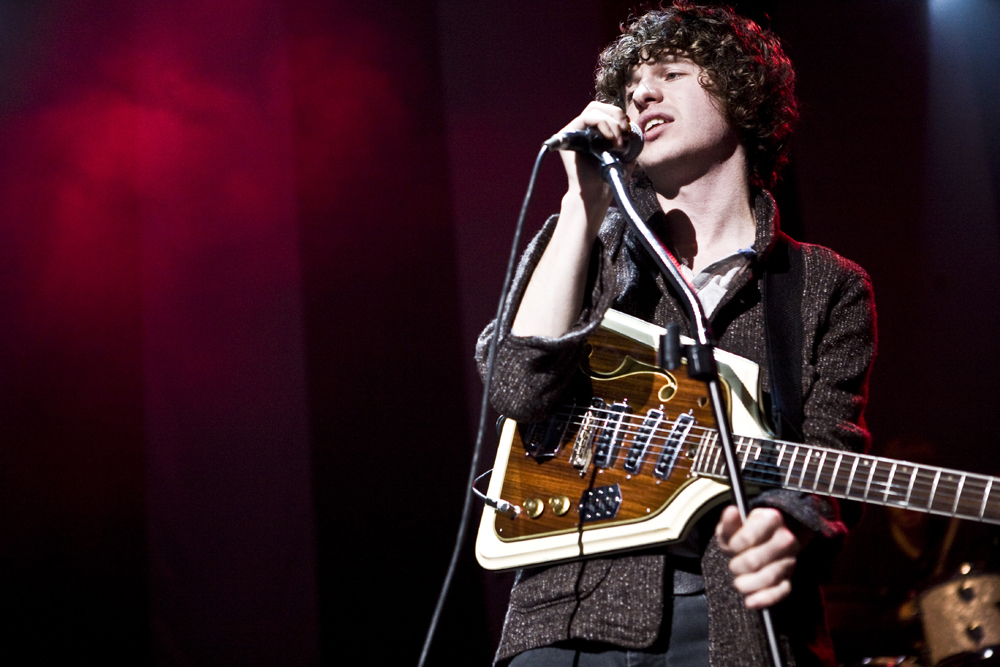 The Kooks at The Vic Theater

It was 2006 when The Kooks came through Chicago for the release of debut album Inside In/Inside Out. At the time, it was impossible to believe frontman Luke Pritchard was only 21-years-old. He moved with the confidence and charisma in a way only seasoned performers do. Five years have passed and The Kooks continue to hook fans with a level of talent beyond their years.

In present day, Pritchard and band mates were once again greeted by a sold out crowd, anxious to hear songs from past records and their new 2011 release Junk of the Heart. The sea of people on floor level were bouncing joyfully from the get-go as the band jumped straight into “Is It Me” off the new record. Additional songs played from the new album were hit single “Junk of the Heart (Happy)”, “How’d You Like That” and “Runaway”. Much to the delight of their five-year fans, they also played a bunch of favorites from Inside In/Inside Out to include “The Sofa Song”, “She Moved In Her Own Way” and the ridiculously catchy “Naive”.

List any band frontman and Pritchard will give them a run for their money as the perpetual crowd pleaser. Adam Levine may think he’s got the moves, but it’s Pritchard who authentically captures the swagger of Jagger in a very believable way. Part of the stage set-up was an extended and elevated walkway that was no doubt there upon the frontman’s request to be closer to his audience. (At one point he accepted a Chicago Bulls hat that he wore for a number of songs before signing it and giving it back to an elated fan.) Often egging the crowd on, he bends and leans in curious ways while radiating rock and roll. It’s probably a precious few who can gracefully stumble across the stage without being mistaken as wasted – but Pritchard pulls it off. He worked that platform with the ease and finesse of a ganglier longer-haired, modern pop incarnation of Gene Kelly.

While Pritchard may without question, be the star – lead guitarist Hugh Harris is the only other band member who has been there from the start – and he carries his weight beyond great guitar riffs. Harris chimed in on back-up vocals and played the keys for a couple songs as well. As a whole, the entire band brings their A game.

The highlight of the show was no doubt the band’s incredibly rousing performance of “Do You Wanna” that boasts one of the best rockstar choruses ever written. The entire room was jumping and shouting “Do you wanna make love to me? I know you wanna make love to me.” It’s the most endearing and forgivably cocky question The Kooks can ask – and with girls fawning in the front row, squealing with ecstasy, we can easily guess how they would respond to the proposal. ::wink::