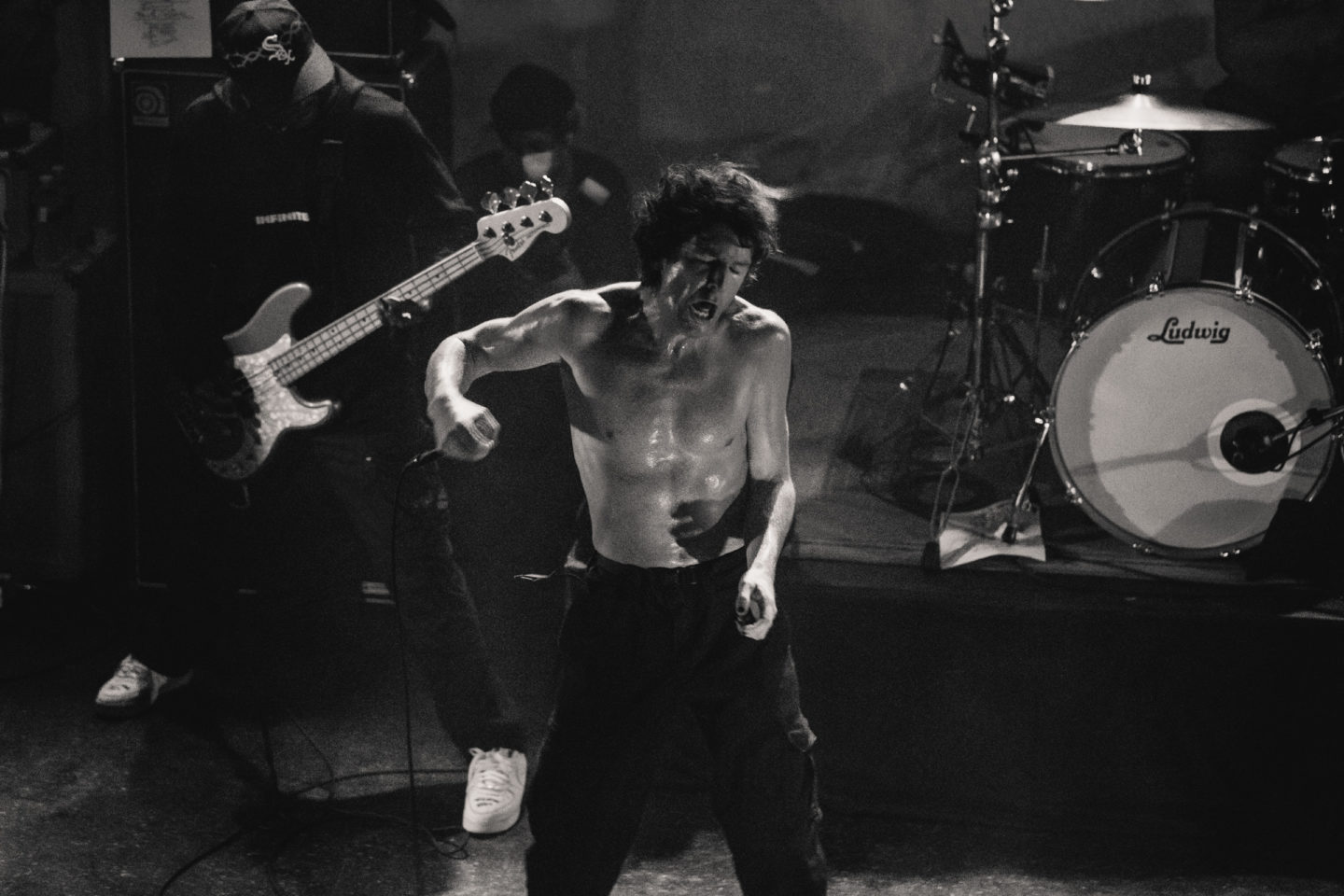 “Is everyone okay?” asks Turnstile frontman Brendan Yates before launching back into another fevered two and a half minutes of pure adrenaline and sweat. The crowd responds with a united enthusiasm while the Metro staff quickly scours the venue floor and pulls fallen concert goers back to their feet. Seconds later, the mosh pit again takes on a life of its own, a singular entity pulsing to the beat of drummer Daniel Fang.

This is a Turnstile show. An almost impossible blend of community and chaos. The connection between the band and the crowd begins before Yates utters a single word. After the first crackle of Brady Eberts’ and Pat McCrory’s guitars, fans rush the stage only to throw themselves back into the arms of the pit. And Turnstile doesn’t mind one bit. They welcome it. Throughout the band’s set, bassist Franz Lyons drops to a knee, extends a hand to reaching fans and pulls them to the stage. Meanwhile, the rest of the band is quick to make room, recover a fallen mic stand or encourage the crowd to dance even harder. They’re here for the show just as much as the fans are.

One would think such welcome disorder would sacrifice the band’s output, but Turnstile still manages to fire on all cylinders. The hardcore punk band from Baltimore is touring to promote their new album Glow On, which continues to earn massive acclaim from critics. Early favorites such as “Mystery”, “Blackout”, “Underwater Boi” and “Holiday” pack an even bigger punch live without losing the band’s signature crunch listener’s enjoy on the LP.

A Turnstile show is a no-frills affair that sidesteps gimmicks and elaborate light shows. Hell, most of the show is near pitch black. A Turnstile show is a listening party for both the fans and the band. While you might get an elbow to the nose in the process, you’ll also get a hand to pull you right back up.