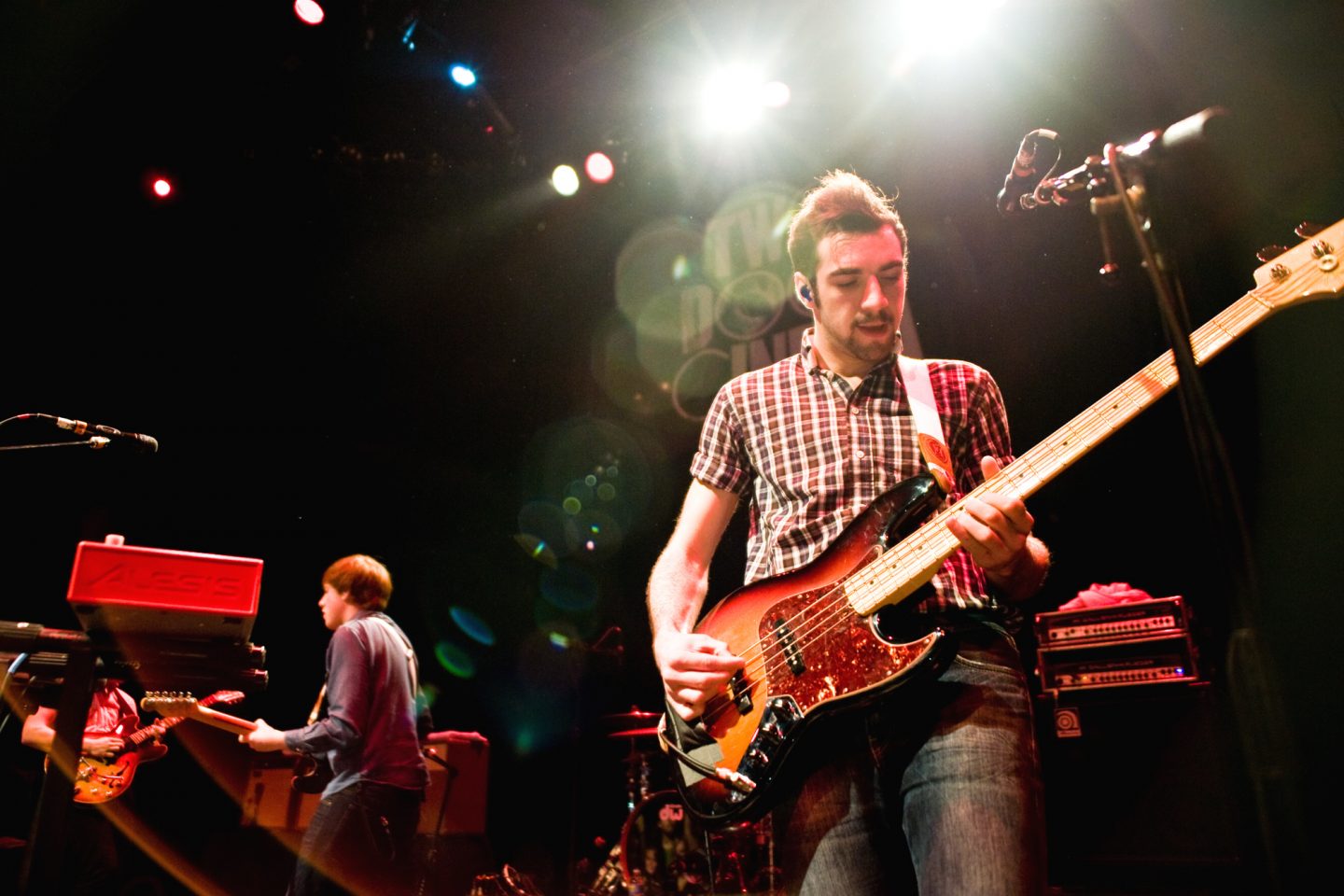 At first glance, Two Door Cinema Club might look like your average dance hall electro indie band fronted by Harry Potter’s friend Ron, but they’re really so much more than that. For starters, the anticipation was so high that the audience had already formed a pit, and was dancing, as soon as Darude came on after the Maps & Atlases set. Then the audience shook to the bass heavy musical stylings of Scooter and New Order as they salivated (some noticeably) just thinking about the spectacle that would soon be happening on stage. Not exactly the type of music you hear during a set change for a band that is, for all intents and purposes, indie. The thing is, everyone in Two Door came to party just as much as everyone in the audience. If a good time means a trance set change score then so be it.

As the staccato sections and serendipitous screeches washed over the audience in complete synchronicity – like the euphoric, pill-generated wave many of them were surely still riding – the members of Two Door were hard at work executing their seemingly choreographed dance number over every possible inch of the stage. Though they periodically returned to a state of rest for guitar changes and a chance to let their panty dropping accents shine through profound words of wisdom about how much they love Chicago, the Irish gents were generally so occupied orchestrating the mandatory dance party that they were rarely still.

The “lights in a theater” gradually shifted between shades of red and tints and blue, all the while making full use of the enormous disco ball, but the emotion was not in line – it was constantly feverish. As Two Door asked the audience “do you want it, do you want it all?” the audience response was a unanimous hell yes. Two Door Cinema Club obliged.

Amidst a constantly changing list of duties: vocals, synths, guitar and bass, the three permanent members of Two Door layered intricate, delicate vocals on top of a guitar heavy drum cadence that can only be described as “move your damned feet.” The undulating, bouncing, screeching fans that packed every available inch of the Park West ate up every note. Apparently leprechauns aren’t the only magical thing from Ireland.