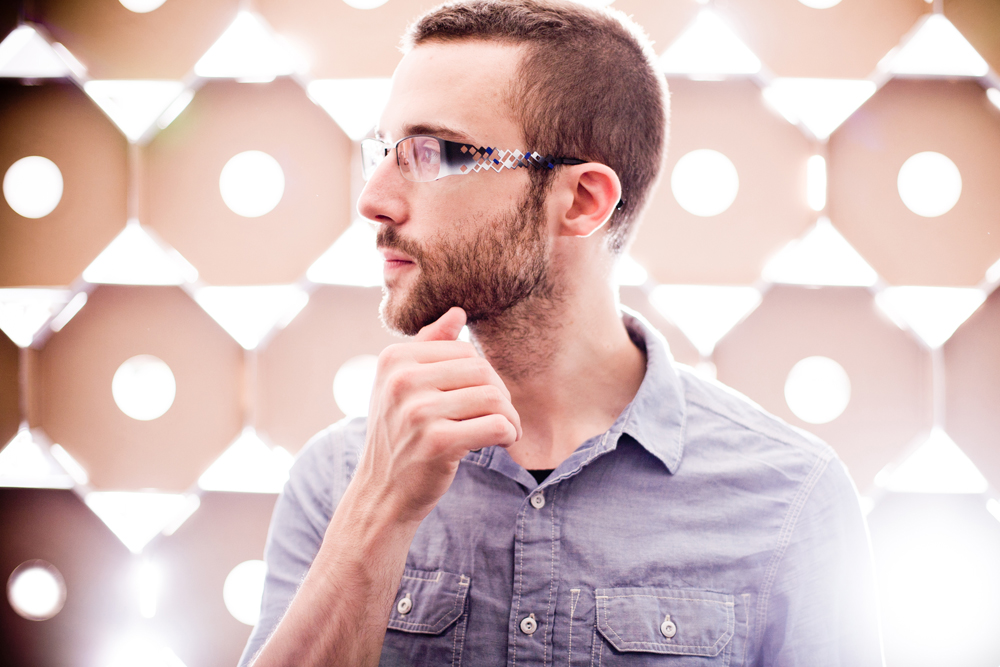 On a day that could have been considered a “scorcher,” Kid Color stopped by the studio for an interview. We’ll get into the details about the quality of the character behind Kid Color in a future post, but what happened next is relevant to understanding the kind of guy Willy Joy is. When Kyle (aka Kid Color) found out Willy would be stopping by, he hung around to say hello. The two of them have been friends—and fans of each other’s work—for quite some time because, well, that’s just what happens when you spend any amount of time with either one of them. You become friends. This was one of the first indications we had that Willy was probably going to blow our minds all over our faces.

If you’re into the Chicago “scene” (even saying that makes me cringe), you’ve probably heard the name Willy Joy before. If you haven’t, shame on you. In an almost endless sea of Chicago “DJs,” Willy Joy manages to set himself apart as an artist with a unique twist on the formula that made so many people from Chicago huge. What’s almost as interesting as his innate ability to make DJ seem like a viable career choice for the rest of us (it’s not; he just makes it look easy) is his character. Listening to the booty and juke heavy mixes (could score a new age Fear Factory rave party video) then meeting him in person is an experience I would classify as unexpected. I can tell you, with absolutely no doubt, that Willy is easily one of the most genuine, interesting people I have ever had the pleasure of spending an afternoon with.

For starters, he “doesn’t fuck with ranch” because it’s gross. He prefers ketchup. What the hell do ketchup and ranch have to do with the renowned DJ from Chicago that happens to live in the white collar town that we call our capital? I have no fucking idea. What I can tell you is the first place he ever played was at a tiny dive bar run by shady people. It was called Bar Vertigo at the time, but it’s currently the location of The Blind Robin (Western and Chicago for those of you that are interested). The memories of those twenty people will never fade. Based on the twenty minute conversation we had about it at some point, he was probably playing straight Happy Hardcore. Even though he wasn’t a straight candy raver, didn’t do drugs and didn’t drink at the time, Happy Hardcore was his jam.

On an aside, Willy’s knowledge of Happy Hardcore should probably have a degree attached to it. It’s encyclopedic. Apparently there were some pretty serious politics in the Happy Hardcore scene. It might also surprise you to learn that contemporaries like Distal and AC Slater were both also huge Happy Hardcore dudes. Yes, that Happy Hardcore. The albums with the smiley face on them that everyone’s heard but few people acknowledge later in life. Aside over, let’s get back to the story.

History is obviously a big part of the process that turned Willy into the artist he is today. He still jams to Remanufacture by Fear Factory which is an interesting set of tunes to work into a set when you consider the other Top 40 stuff on the radio. There are some things you grow up on (like spinning vinyl in his case) that just strike a nerve for your future self. I won’t argue how this could have, in theory, affected his condiment choice, but it’s probably a clear sign why he “loves playing music for 15 year olds.” He was that kid at one point. The first time he saw Slayer or Sabbath still resonate with him as his favorite shows. (He was also quick to point out that the current Sabbath lineup—sans Bill Ward—the one playing at Lolla, isn’t the real Sabbath.) Booty and juke (more Chicago points) get chalked up as a big influence too, and that comes out in the music he makes. “You might not always hear it, but it’s there. Dance music is very sexy.”

What we’re left with as listeners is a bunch of elements that, when combined, paint the picture of Willy Joy as a person and an artist. Booty and juke. Sabbath and Slayer. Fear Factory and Happy Hardcore. Customized sunglasses and a DIY mentality. A classic punk tank accessorized with cool jewelry and a button down. He’s an amalgamation of all of these things. All you have to do is throw in a blank musical canvas, a ridiculously large dose of talent and a genuine personality and you have Willy Joy.

Check him out Sunday June 17 at 3pm on Da Main Stage at Spring Awakening.