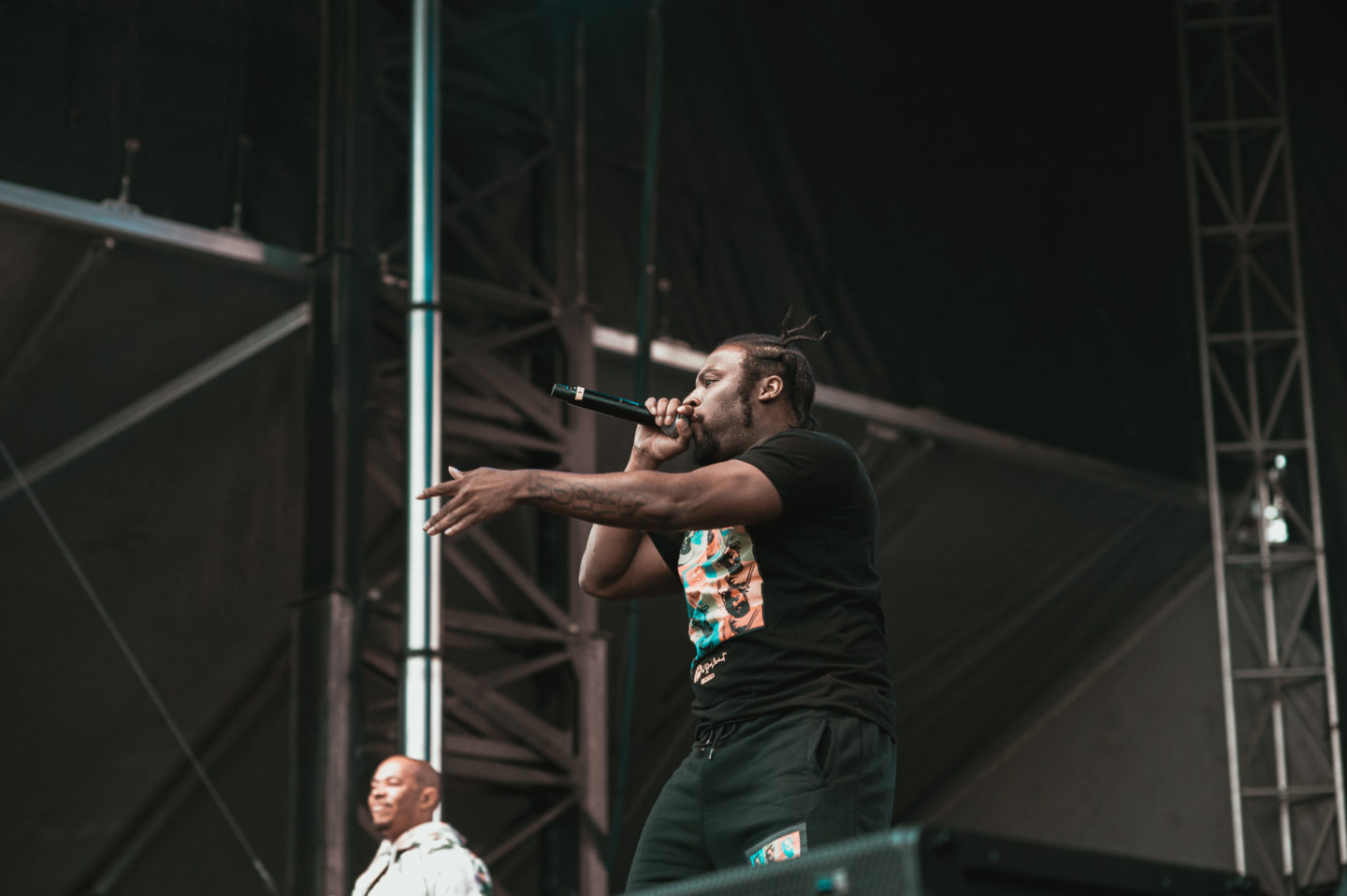 With it being a hot summer day and an outdoor venue I decided to ride my bike to the evening’s show and soak up all the summer day vibes. Waiting for Wu-Tang to take the stage, I sat in the bleachers, with the giant PNE rides towering above me and the crowd. The sun began its slow western descent, and I stared over the crowd watching the smoke from cigarettes and joints rise, and plumes of summer flies buzzing around above the crowd. I decided to get a closer view for the show, and got a spot 50 to 75 feet back, straight out from the right of the stage.

The first member of the Wu-Tang Clan came on stage and the place popped off. The speakers were turned up loud, and the bass hit me in the nose like mustered and reverberated off my ears (I assume the sound engineer is a big fan). Each rapper came on stage when it was their time to join in, creating a slowly building crescendo of an entrance. They had ODB’s son with them, filling in for his late, great father, ODB, whom he looked and sounded like, which I was not expecting. ODB’s son played ‘Baby I got ur Money’ which was unbelievable. At one point they showed love to Nirvana when they covered Smells Like Teen Spirit’, following it up with my favorite Rick James song, ‘Mary Jane’.

Throughout the night, RZA kept popping champagne all over the crowd while old rap videos played in the background. The way they each jumped in to emphasize the end of a rhyme scheme made them seem more like a gang than a musical group, backing each other up aggressively. They had some of the original members as well some guys to fill in for the ones that couldn’t make it, building out a full experience. They played until the sun set, the light slowly dimming while the crescent moon hung overhead, adding to a crazy atmosphere you couldn’t replicate if you tried. The tribalism in the crowd was great. If I were to guess, more the 50% of the crowd had on Wu-Tang merch from throughout the ages, proving that Wu-tang has maintained a strong fan base over the years. They put on a great show at a great venue, for true fans.